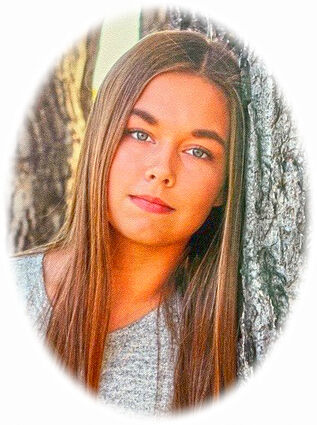 Devon was born on September 27, 2000 in Glasgow, Montana to Brandi Thompson and Gerry Brabeck, joining her older sister Jordan.

Shortly after her birth, they moved to Bozeman but eventually settled in Glasgow.

In 2008 Brandi remarried to Adam Johnson, and Adam adopted Devon and Jordan in 2009.

The family was blessed with the birth of Kenee Rae in 2010, and Devon adored and doted on her younger sister.

Devon grew up in Glasgow, spending much of her time with her grandparents, Dawn and Tom.

She was extremely close to her sisters Kenee and Jordan, her cousin Keagan, and her younger brother, Kyler.

Devon grew up playing many sports, but her favorites were softball and hockey.

After high school, she moved to Williston to play college softball. During this time she began to thrive and build confidence in her true self.

She then moved to Spearfish to further her education. She spent 2 years there, before moving back to Glasgow in September of 2021.

As she got older she developed a love for writing and poetry: beautiful words came to her naturally.

She was a lover of all things, and was especially fond of her cat, Fig and dog, Mavis.

She had the most infectious and unforgettable smile that paired perfectly with her sarcastic sense of humor.

Devon had the biggest heart, and developed lifelong friendships that she valued fiercely.

Devon had a talent for athletics, but her true spirit came out in watching her bond with her family.

Her love for her siblings was unmatched. She developed a whole new joy and purpose with the birth of her nephew, Kayge Carder.

They had a beautiful bond, and she took great pride in being the best aunt. She often showed her immense affection through gifts and love.

She was preceded in death by her younger brother, Carder Johnson; her grandpa Tom Thompson; her great-grand parents, Kenny Thompson and Shirley McPherson; and a cousin, Brett Howard.

Services were held Oct. 18, 2021 at at the Evangelical Church with Pastor Tom Fauth officiating, burial followed in Highland Cemetery.

A reception followed at the Elks Club.