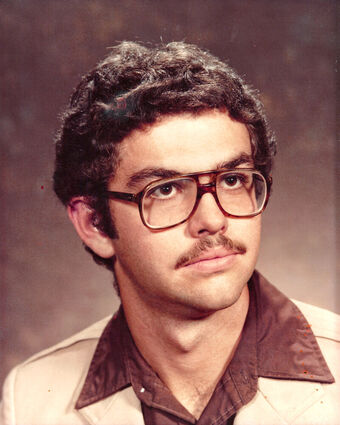 Robert "Rob" Charles Romo was born in the early morning of March 22, 1963 to Charles and Shelley (Irish) Romo in the Middle of Nowhere, Glasgow, MT, and passed away on Sept. 19, 2021 in Kennewick, WA after a hard fought battle against COVID-19.

He was in a hurry to come and get life started as he was an inquisitive and mischievous child from the very beginning.

Even climbing the windmill when he was 3-years-old as he sang "going to the sky."

All five children were raised on the family farm south of Saco, Montana.

Although he had asthma from the time he was very small, he loved being on the farm with the dogs, horses and other animals.

When he was a teenager, he would often take his mother's horse, Sunny, for a ride. In fact, one time his mother was frustrated with how Sunny was misbehaving whenever she would try to rope a calf, as they were working cattle.

Rob's comment was "Huh! He was just fine as I roped the porcupine the other day."

As a 5th grader, he would spend his free time in class reading encyclopedias which helped him to develop an interest in anything mechanical and history leading to his love of old cars and motorcycles, especially Harley's.

He joined the National Guard along with his brother, Randy, when they were juniors in high school. Coming back with a greater understanding of working with others and how to eat.

Rob was never limited with his choice of job opportunities. He had a multitude of talents which helped him secure jobs such as working on the farm with his dad and brothers, doing many different jobs from driving truck, harvesting, planting and welding (his dad said he was a "better wirefeed welder than I am").

He spent many years driving truck with Jay and Carolyn Yeska hauling livestock and grain, working in a refinery in Minnesota, then on to Umatilla, Oregon to work at the depot destroying chlorine and saran gas munitions.

He then moved to Kennewick, Washington and worked at the Hanford site in a variety of positions.

In his younger years after going to radio school, he accepted a job at KMMR in Malta, Montana as a radio announcer.

It was during this time that on his mother's birthday he announced it was her birthday but could not say how old she was but, she was the reason Japan bombed Pearl Harbor.

One of his favorite pastimes was to go bird hunting with his dog Sadie and his cousins Kevin, Lori and Clint Irish and friend Rocky Christianson.

And last but not least, all of his bike riding friends in Kennewick, WA.

Graveside services will be held at the Saco, MT cemetery at a later date.