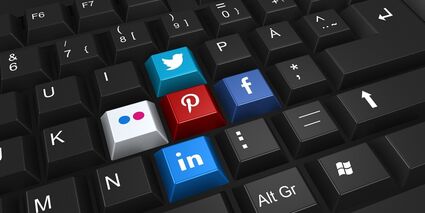 History is littered with social and political movements which, while failing to survive as movements, largely achieved their goals.

The Prohibition Party's national conventions could take place in a phone booth these days, but its disastrous single policy proposal was adopted as a constitutional amendment, mutated into the equally disastrous war on drugs, and continues to torment the modern marketplace with draconian regulation.

Most "socialist" parties have either disappeared into the dustbin of history, or find themselves reduced to glorified supper clubs featuring loud arguments over whether the Soviet Union was a bureaucratic deformation or a degenerated workers' state. But Socialist Party candidate Norman Thomas's 885,000 votes in the 1932 presidential election arguably led to FDR's "New Deal" and the modern welfare state.

Few people remember, or ever learned about, the technocracy movement of the 1930s. That movement failed in its formal goal of replacing democratic legislatures with boards of "experts" to run society (including the economy) in accordance with "science."

But over time, the concept took root in America's regulatory apparatus. Nearly every aspect of our lives has, for several decades, been subject to scrutiny and oversight by "experts." The food we eat. The drugs we take. The cars we drive. The securities we invest in. You name it, there's a government bureau somewhere full of whirring computers and nerds with slide rules, figuring out what we may or may not do, or in what way we may do it.

While most of us gripe about particular technocratic edicts, few question the premise itself. It's just taken as obvious that the man in the lab coat knows more about air bags and crop yields than the Honorable Representative from Minnesota.

Technocracy took root. And with the COVID-19 pandemic, it blossomed ... into the man-eating plant from Little Shop of Horrors.

Starting last year, "public health" technocrats (with, of course, the assistance of opportunistic politicians) seized control over huge parts of our lives - mass house arrests without charge or trial, mask mandates, vaccine mandate and "passport" schemes, etc. - then proceeded to vacillate and scrap among themselves over the divvying up of their new power, as more than 600,000 Americans died and the economy tanked.

To add insult to injury, the parts of the country where the "experts" enjoyed less deference seem to have fared no worse, and in some cases better, than areas where politicians slavishly and without question enforced every technocratic edict.

Technocracy finally got its big shot at proving itself, and failed miserably. Why? Because "public health" technocracy isn't about the health of the public. It's about policy, which is about politics, which about power.

The technocrats exercised their power abusively - and ineffectually too boot. It's time to take that power away.r