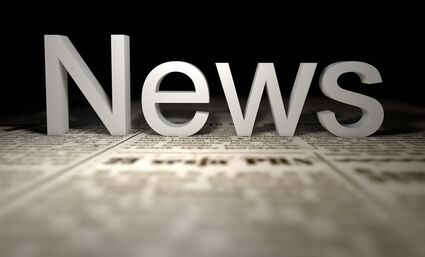 The office is located in the back of the common area and people can enter through the front door.

Lisa Baxter looks forward to assisting persons 60 and older or disabled with Medicare, health insurance as well as information and assistance on available financial assistance programs and other aging needs.

Independence Bank is pleased to announce that Kinsey Schwers has been promoted to the position of Ag/Commercial Loan Officer. Kinsey joined the Independence Bank team as a Loan Assistant in April of 2020.

Kinsey grew up on her family ranch west of Judith Gap, MT. After graduating from Harlowton High School in 2014, Kinsey attended college at Montana State University in Bozeman.

There she attained a bachelor's degree in Agriculture Business: Farm & Ranch Management with a minor in Economics in 2018. Prior to joining Independence Bank, Kinsey worked as a Program Technician as well as an Agriculture Relationship Manager.

"Kinsey has been an excellent addition to our Lending Team at Independence Bank," said Casey Cote, Branch President. "Her knowledge of the area and her background in agriculture make her a perfect fit for the position. We look forward to Kinsey's continued growth in Ag, Commercial and Consumer Lending in her new position at Independence Bank."

Kinsey is engaged to Taylor Hanks, an agronomist for Nutrien Ag Solutions in Wolf Point. In her spare time, she enjoys spending time outdoors hunting, fishing, riding her horse Tug, and helping at the ranch with her parents Holly & Joel and younger brother Kavin.

The U.S. Postal Service has announced it will not implement a postage increase in January 2022. The next increase will be in July 2022.

Then it will begin a new regime of twice-yearly increases, beginning in 2023.

The new pricing plans depend upon the approval by the U.S. Court of Appeals for the District of Columbia Circuit of the rate-increase authority created by the Postal Regulatory Commission. NNA and other mailer organizations have sued the PRC, saying its new postage pricing regulations are not permitted under federal law. A decision in that case is expected by the end of the year.

Next July's increase will take into effect the cost of inflation for 10 months, the expense of covering unpaid retiree health costs mandated by Congress, additional charges to account for the effects of falling mail volume and adjustments for mail classes like Periodicals that are reportedly not covering the cost of handling, transportation and delivery. The planned increase would be larger than that of Aug. 2021.