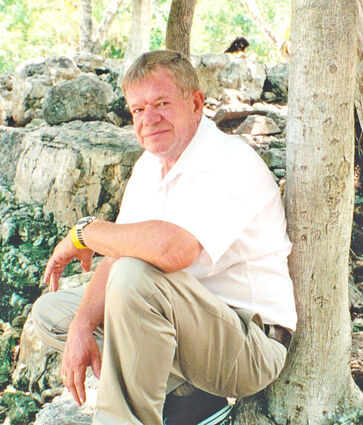 Loving husband, father and grandfather, Michael L. Hansen, 77, passed away peacefully at home with his family by his side from a long battle with cancer on Saturday, September 11, 2021.

Michael was born June 25, 1944 to Carl & Gladys Hansen in Glasgow, MT. He grew up in Glasgow and spent as much time as he could on his grandparent's farm north of Glasgow.

Michael attended Glasgow Public Schools all the way through graduation. On his 18th birthday he enlisted in the Marine Corps and served for three years, seeing much of the world.

In the Marine Corp he was a Radio Technician, as with all Marines he was a rifleman first. He impressed his superiors with his skills and was promoted to a Rifle Range Coach.

After the military, Michael returned to Glasgow. He worked on the pipeline north of Glasgow for many years before becoming a Union Rep for the Local 400.

He also tended bar at the Glasgow Elks club in his off hours. There he met Bonnie E. Hill. They dated for several years and were married on January 1, 1981.

They have two children, Angela Marie and Christopher Michael.

Bonnie's career moved them around the state until retirement in 2006 when they moved backed to Havre to be closer to their kids and grandkids.

They have lived in Havre since.

In his retirement years Michael was a fuel hauler for Ezzie's Wholesale, a Prime Star installer, and a jailer at the Hill County Sheriff's department before he finally quit working.

He attended as many of his grandkids events as he could; he was particularly fond of the baseball and softball games they played.

Michael loved to read, watch any type of educational documentaries he could find and was an avid gun collector and marksman.

Michael is preceded in death by both of his parents and his wife Bonnie. Michael is survived by his son Chris (Shannon) Hansen, his daughter Angela Hansen-Allestad; his grandkids Caleb, Patience, Olivia, Alyson and Aiden; his sisters Fay Hansen, Gina (Jim) Williamson, Phyllis (Bill) Owan and several nieces and nephews.

Michael has requested no services.

A Celebration of Life will be will be held at a later date. Please visit Michael's online memorial page to leave a message of condolence for his family at http://www.hollandbonine.com.