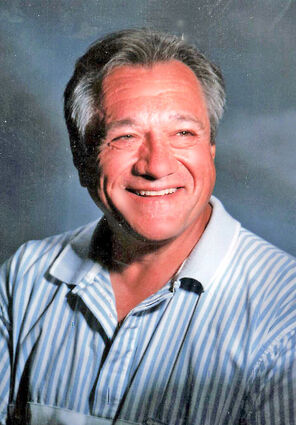 Vernon Dee Turner, 78, went home to be with Jesus on August 10, 2021. His passing was of natural causes. He was born in Glasgow, Montana on October 19, 1942 at Francis Mahon Deaconess Hospital to Kenneth Dee and Marjorie (Pehrson) Turner.

He was baptized at the Methodist Church in Glasgow and confirmed later at Our Redeemer Lutheran Church in Nashua.

His early years were spent growing up in the Nashua community where he delivered newspapers on his bicycle in the early morning hours.

After doing that for four years, he went to work as a stock clerk at the Nashua Farmer's Union Grocery Store. He worked that job all through High School.

After High School, he attended the University of Montana in Missoula, MT for several years.

During that time, he started in active duty with the Montana National Guard. After college, he moved to the Los Angeles area and was employed by Standard Register Company, as Vice President of Sales and Marketing and Executive manager for accounts, along with various other related companies throughout the years.

He was the recipient of numerous sales awards.

In August of 1971, he married Maureen Holyoak in Los Angeles, CA. In later years, that marriage was dissolved.

Vern always had a way of bringing a smile to people's faces. His sense of humor was quirky and funny, even if he was the only one who laughed at the joke. His greatest joy was leading people to the Lord. Vern was saved by the grace of God and he wanted everyone to experience the gift of eternal life.

Vern returned to Montana in the early 1980's and shortly after became a born-again Christian. He began working for the Montana Rescue Mission, working up to Director of the Montana Rescue Mission Bargain Centers in Billings, serving 30 years until his retirement in 2016. Vern served the community as a Board Member of the City/County Health Department and Deering Clinic.

He was preceded in death by his parents, Kenneth Dee and Marjorie Anne Turner, his brothers, Darryl and Philip Turner, his grandparents, John and Elva Pehrson and Arthur and Spicia Turner.

A special thank you to three friends who were with Vern through thick and thin the last years of his life. They helped Vern with anything he needed: Patti Martin and Tom and Deb Lutke.

He was dearly loved and will be greatly missed by his family. Our loss is heaven's gain.

A celebration of his life will be held at 10 a.m. Saturday, Aug. 21 at Hope Center Foursquare Church, 425 S. Broadway in Billings.

Graveside services will be held at a later date at the Nashua Cemetery in Nashua.