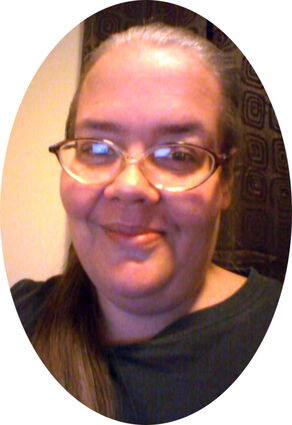 She grew up in Atlanta and graduated from Sylvan Girls High School. She graduated from Bucknell University in Lewisburg, Pennsylvania with a major in history and political science and a minor in English.

She had always wanted to be a teacher and taught at a country school in Norcross, Georgia.

While volunteering at a USO she met Frank Redfield, Jr. who was in the Army at the time. They dated while she was finishing college and were married December 6, 1947.

He moved the city girl to the country in 1948, and their first child was born in Glasgow in 1949. Later in 1949 they moved back to Atlanta where Frank was a policeman and Sylvia was a housewife-adding four more children to the family.

In 1956, they made the permanent move back to Opheim to run the family farm. They eventually added two more children.

In 1987, Frank and Sylvia became snowbirds, spending half the year in Chandler, Arizona.

While there, Sylvia volunteered at a school and a hospital in the Patient Pride program and in the pharmacy where they loved her organizational skills.

Sylvia moved back to Montana permanently in 2018 when her health started to decline, first living with her daughter, Lisa, and then with her son, Myron and Alice Redfield who were excellent caregivers.

Sylvia touched the lives of hundreds of children through her leadership in 4-H, Sunday school, Bible school, story hour, and as the favorite substitute teacher at Opheim School for many years.

She was an excellent cook and shared not only with her family, but also with friends, relatives, neighbors and lonely GI's from the Air Force Base.

Sylvia was a life-long learner and loved books. She always had a book in her hand or by her side and was often reading two or three books at a time.

She kept a record of the books she read and that total reached over 2500 books.

She volunteered at the community library and worked in the school library and had her own library at home.

She donated books to the Opheim School library as memorials for community members who had passed away and has donated around 250 books.

She was thrilled to have the library dedicated to her memory.

She was a woman of faith and a Bible scholar and was very active in the United Methodist Church including being a lay pastor.

She was also a member of Eastern Star, WIFE, United Methodist Women and the American Legion Auxiliary.

She loved life and always had a smile or an encouraging word. She loved babies, music, dancing, poetry and a good joke.

She was preceded in death in 2004 by her husband of almost 57 years, Frank; granddaughter Erin Sheer; infant grandson, Lane Redfield; as well as her parents; sister, Mary Evans and brother, Bil Slife.

Family will receive friends 5-7 p.m. on Friday, July 30, 2021 at Bell Mortuary. Funeral services will be at 10 a.m., Saturday, July 31 at the Opheim Community Church with Pastor Owen Childers officiation, burial will follow at the Redfield Family Cemetery south of Opheim.