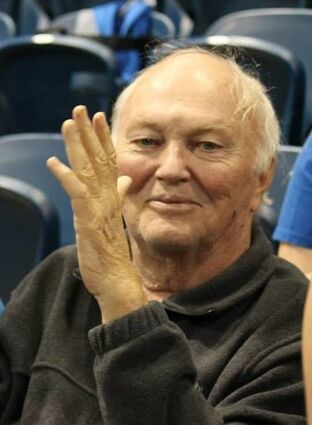 Please run the following obituary and photo for Ken Bondy in the July 28th issue of the Courier. Thank you and please let me know if you have any questions or need additional information. Thank you – Jeff Bondy

Long-time Fort Peck resident Ken Bondy died unexpectedly in Butte, MT on March 8th while recovering from a recent hospital stay. He was born May 8th, 1942, to Orville and Thelma Bondy in Glasgow, Montana who remained in Fort Peck after working on the construction of the Fort Peck Dam.

After graduating from Nashua High School in 1959, Ken attended Rocky Mountain College on a baseball scholarship. In 1962 Ken was named the NAIA district V. most valuable player.

His 1964 RMC Bears team fell one run short of the NAIA world series and was recently inducted into the Rocky Mountain College Hall of Fame.

After graduating from Rocky Mountain College in 1964 with a degree in education, he married Patricia Marilyn Vernon. The couple moved to Terry, MT where he taught junior high science. In 1967 Bondy returned home to Fort Peck where he taught junior high science, history and physical education until the school closed in 1985. Ken then served as the elementary school principal in Frazer, MT until 1993 when he became the school's Superintendent. He proudly completed his master's degree in education from Montana State University in 1988 (Go Cats!).

From 1996 to 2000 he served as the Superintendent of Turner schools and completed his career in 2001 as the Dean of Students for Eagle Butte Schools, in Eagle Butte South Dakota.

As an educator Ken was known for his sense of humor and willingness to give a second chance to those who needed it most. He will be remembered for his sensitivity to others and his generosity to family and friends. Ken loved hunting deer on the Nickels ranch, and looking for ducks, sauger and buffalo skulls on the Missouri River.

He instilled the love for Kings Hill, MT into his family through many fishing and camping trips, a special place where he ran a summer church camp as a young man. Most of all he loved watching his grand kids grow up....and bear stories.

A celebration of Ken's life will be held in Fort Peck, MT at the Kiwanis Campground Saturday, July 31st @ 4pm with a barbeque and beverages to follow. Please bring a lawn chair if you have one.