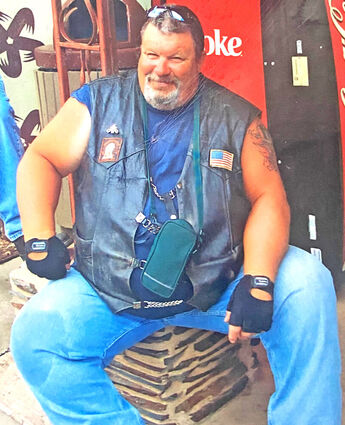 Craig was born to G. Ross and June (Caton) Robinson on August 8, 1954, in La Junta, Colorado, while Ross was serving in the U.S. Air Force. At age 2, the family returned to the Rocking Ranch in Saco, where he enjoyed his childhood living on Beaver Creek.

Brother Mike joined the family when Craig was 8 yearsof age. The bond he had with his younger brother was treasured.

He attended schools in Saco graduating in 1972. He then attended college for a year at Eastern Montana College, before joining the U.S. Navy in 1974, proudly serving on the U.S.S. Benjamin Franklin.

Following his departure from the submarine life, he worked in the oil fields and for the Rocking R Ranch, before beginning his career with the BNSF Railroad. He retired in 2004, and then served on the Saco City Council and was Mayor of Saco at the time of his death.

Craig married Jesse Miller, and two children were born to this union, Jeff and Jamie. In 1986, he married Leora Scheele, who remained by his side until his passing.

In his younger years, Craig enjoyed playing poker and golf. He loved his time spent fishing and hunting. He also enjoyed his motorcycle trips with friends and trips to Sturgis with Leora.

He took many trips hunting/fishing with Leora, his favorite part being the picnic lunches.

The past few years have been spent cruising Saco in his Ranger with faithful dog “Otis” by his side. Mornings were spent heading North, to the Shop, for coffee and stories with friends.

A loyal supporter of President Trump, he payed closed attention to the news accounts, and then spent time fact checking what he had heard to be able to point out the inaccuracies spread.

A memorial service will be held at 11 a.m. July 10 at the Saco United Methodist Church.

A luncheon will then be held at the Saco IOOF Hall.