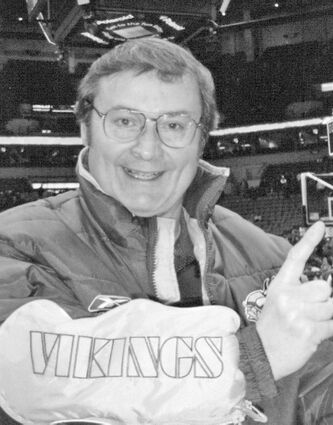 David George Diveley, age 74, passed quietly in his sleep July 12, 2020 after complications from a heart condition. He was born July 7, 1964 in Great Falls, MT to George and Mildred Diveley and moved to Glasgow, MT with his family in 1958.

During high school he played baritone horn in the Scottie marching band and after graduation in 1964 enlisted in the Army National Guard. While in service he attended Radio Operator School and was inspired by the world of broadcasting. He pursued this passion at the Brown Institute in Minneapolis, and went on to work in radio for thirty years under the monikers Dave Sherman, The Tank, and Dave Corvette.

He worked at many radio stations throughout the years, some of his favorites included KFXD Boise, ID, KREM Spokane, WA, KLCB Libby, MT, and KMON, KQDI, and KAAK in Great Falls, MT. He retired from radio in 1997 though his passion for radio lasted long past his retirement.

David's Haircutters in 1975 after completing a Master Barber certification from the Mohler Barber School in Spokane, WA.

For over forty five years he kept a shop, complete with barber pole, in the greater community of Great Falls, and was well known for his storytelling and debating skills as well as his general gift of gab. He was able to cut hair all the way up to the spring of 2020 when his health started to deteriorate.

Being a Barber served as a solid foundation for David for many years, but he was known for always working two jobs. He transitioned from radio, took a few years off, and joined the circulation department of the Great Falls Tribune as a salesman.

He spent seventeen plus years at the Tribune and won countless awards for his excellence in sales, including Salesperson of the year nearly every year he was there.

David touched many lives, making longtime friends in all corners of life, including the Sting, sporting events, and First English Lutheran Church.

He was an avid Minnesota Viking and Montana Grizzly fan. Attending Griz football games in Missoula was a highlight of his week and one of the things he enjoyed the most in his later years. He will be dearly missed by all. David is lovingly remembered by his sister Doris, sons Brian and Ben, and four grandchildren. There will be a remembrance ceremony at the 9th St Bridge on the anniversary of his death July 12, 2021 at 7 p.m.

There will be a celebration of life service on Saturday August 7, 2021 at the Elks Lodge in Great Falls, MT. Donations can be made to the Lewis and Clark Humane Society in lieu of flowers.