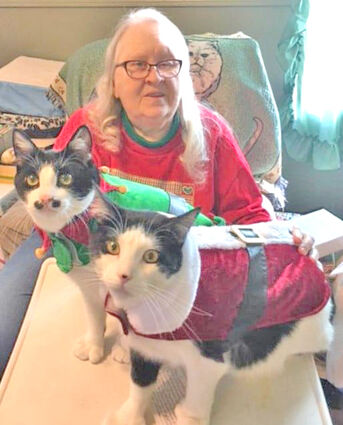 She spent her formative years in Malta, Montana where her father Cleo Coles was a photographer on Highway 2.

In 1962, her father moved the family to Glasgow, Montana where he set up a new Coles Color Photo Studio.

Charlotte went to Grades 7 through 12 in Glasgow and graduated from Glasgow High School in 1968.

In 1969 she married and in 1970 Charlotte had her only child, Christine Elisabeth Hrabak in Ohio.

Charlotte returned to Montana when Christine was two. Charlotte was employed by Peavey in Miles City for many years and then finished her career at the U.S. Department of Veterans Affairs in both Miles City and Glasgow.

She loved her job working with the veterans and being able to help them.

Charlotte enjoyed retirement, her garden and her two cats, Thelma and Louise.

She was also President of the local Senior Citizens. Charlotte is survived by her Daughter, Christine Hrabak (Denver), 2 Grandsons, Caden Hrabak and Drake Bell (Everett, WA), and her sister Nancy Coles Behelfer-Scott (Tucson).

She was preceded in death by her parents Cleo and Lovetta Coles.

Charlotte maintained her sense of humor until the end. She is no longer in pain and went in her own way.

She was loved by many and will be missed.

Special thanks to her dear friends Diana Isakson and Jennifer Dale who were always there for Charlotte.

There will be a Celebration of Life for Charlotte at the VFW in Glasgow on July 24 at 1 p.m.