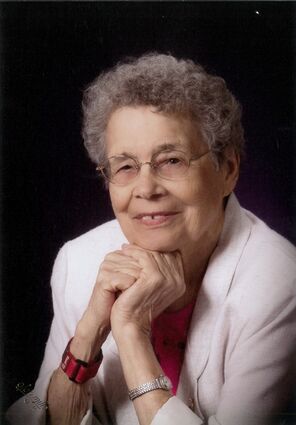 Upon graduating from Hinsdale High School in 1942 she went to Seattle to work in the shipyards and for Boeing in the war effort. She was proud to be a Rosey the Rivetter.

While in Seattle, Marlys met George R. "Sam" Mercer. They were married in North Carolina on January 6, 1945. They had two children, Gary Robert and Terry Lee. They had one granddaughter, Colleen Mercer and 2 great granddaughters, Emily and Daytona Martin.

In May of 2018 she moved to Shelby and lived at the Marias Heritage Center. While there she met several new friends who encouraged her to play cards and bingo. She was extremely lucky at bingo.

Marlys was a member of the United Methodist Church of Hinsdale, Milk River chapter of the Eastern Star, and National Rosie the Rivetters.

She is survived by her sister, Maxine O'Brien (Kenneth) of Kalispell; and son, Gary R Mercer (Barb) of Shelby; granddaughter, Colleen Mercer; and great-granddaughter, Daytona Martin; and numerous nephews, nieces, and cousins.

Services will be held Thursday, June 10, at 11AM at Hinsdale Methodist Church. A reception at Hinsdale Legion Hall will follow the burial at Hillview Cemetery.

Memorials may be sent to Hinsdale ambulance service, Hinsdale Methodist Church, or the charity of your choice. Condolences to http://www.asperfh.com.

• Memorial service for Marlys C. Mercer, 96, will be Thursday, June 10, at 11am at Hinsdale Methodist Church. A reception at Hinsdale Legion Hall will follow the burial in Hillview Cemetery. Condolences to http://www.asperfh.com.