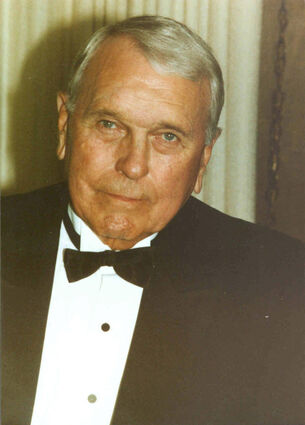 Kenny was one of the oldest members of community organizations to which he belonged. Kenny was an active member in Canvas Church, Loyal Order of Moose 1922, Veterans of Foreign Wars Post 2252, and the Flathead Shrine Club. He lived an amazing life: WWII war veteran, military aviator, land developer, commuter airplane pilot, and he even sprayed crops. As a result of his generous spirit and outgoing personality, Kenny was cherished by many. Kenny's Christian and Patriotic life was an influence that will forever remain in the lives of his many closest friends and family. After 98 years, Kenny quietly departed this life Saturday, February 13, 2021.

While in college, Kenny was in ROTC, but when Pearl Harbor was bombed, he resigned his commission and entered the Army Air Corp (a precursor to the formation of the Air Force). Kenny had two life changing memories, the first being the bombing of Pearl Harbor. He was helping clean the fraternity house after a party and the radio was playing. The music was interrupted with a newsflash about the Japanese bombing and his buddies came running downstairs and confirmed it was real. The other life changing memory was the day of first flying a B-17 bomber mission over North Africa. One of his buddies, a real trickster, was the tail gunner and shared news that had just broadcast over the radio telling President Franklin Delano Roosevelt had passed away. Kenny first thought the tail gunner was joking, but it was no joke. This surreal moment in time stood still for Kenny as he flew his mission.

After the war, Kenny had up to seven businesses at one time. Among those were flying a commuter plane (wearing out 2 aircraft), helping to develop Big Turkey Creek Subdivision near Peterson Field in Colorado Springs, CO. One of the more humorous moments for Kenny was when he sprayed crops north of Glasgow and accidentally took out a powerline. Surviving the collision that caused much of the local countryside to go dark, Kenny continued his luck with flying. 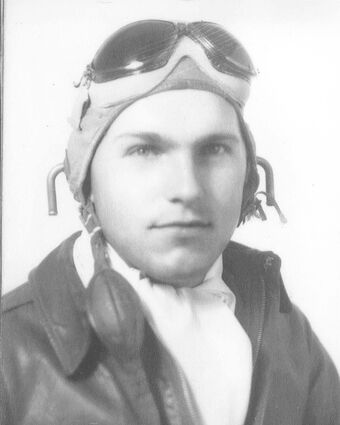 Kenny was an employee of then locally operated Grizzly Gaming. He made many friends while maintaining machines at Flathead area establishments. Kenny, Barry Farrell and Kristen (Sully) Sullivan became life-long friends.

The family expresses great thanks and gratitude to Kalispell Hospice for keeping Kenny comfortable during his last peace with life. Great appreciation is also extended to Barry and Sully for assisting their good friend Kenny during his many elder years.

A second celebration of life and laying to rest will be scheduled for this summer at Glasgow, Montana with the date to soon be determined and shared.