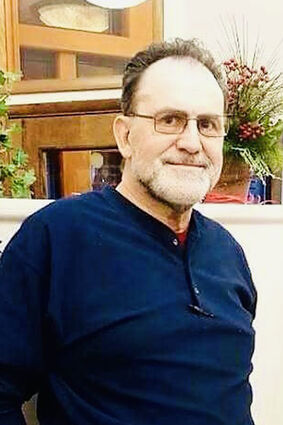 It is with a heavy heart that we announce the passing of our brother/son Ronald Owen Jensen on Tuesday, Feb. 2, 2021, from natural causes. Ron was born on May 11, 1955, at Trinity Hospital in Minot, North Dakota, to proud parents Otto and LaVerne Jensen. Ron was older bother to Bruce, Brad and Gary. He started life in Westhope, North Dakota, before Dad's job took us to Bridger, back to Westhope, then to Plentywood, on to Westby, and finally arriving in Billings on Good Friday 1967.

Ron attended Burlington Elementary, Will James Junior High and Billings West High, where he graduated in 1973. After high school, Ron started working for Wy-Mont Beverages (Coca-Cola), where he worked for a few years before starting his own business, Bob's Lock and Safe. His skill as a locksmith enabled him to secure several large accounts which he serviced for several years, including Transwestern Properties and Lodge Grass schools. After several years of being a top-notch locksmith, Ron headed to Glasgow to manage a property for our father. Ron really enjoyed Glasgow and the many friends he made while he was there. After the property was sold, Ron returned to Billings, where he resided until his passing. Ron struggled the last few years with various health issues, but he is now free of his pain.

Ron enjoyed hunting, working with his hands (not much he couldn't fix), and never stopped reading and learning.

Ron is preceded in death by his loving mother LaVerne. He is survived by his father, Otto; brothers Bruce (Lynette), Brad (Carole), and Gary (Lisa), all of Billings.

Due to Covid limitations, services will be held later this spring. In lieu of flowers, please donate to the charity of your choice. On behalf of our family, thank you for the outpouring of support during this time of sadness.