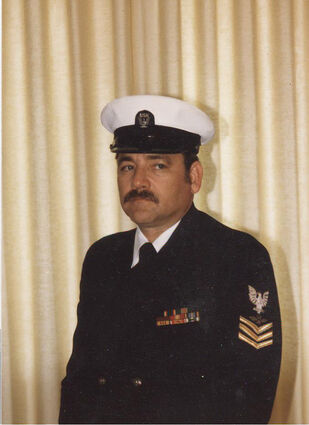 Carl Richard "Dick" Kuebler, age 78, passed away in East Helena, Montana on February 4th at home after a lengthy illness. Dick was born on February 8, 1942 in Glasgow, Montana to parents Emil and Linda (Zeller) Kuebler. He attended schools in Fort Peck, Malta and Nashua, Montana.

Dick entered the US Navy in 1958 and served 20 years working on the crash crew and as an air traffic controller on land and sea. He traveled the world, living with his family in Japan,

Texas, California and Ohio before retiring to Montana in 1978. He worked for the Department of Defense after retirement.

He began flying airplanes as a young man and was quite the outdoorsman. He spent most of his life hunting, fishing and bow hunting with friends and family.

He was preceded in death by his parents Emil and Linda Kuebler; brother Harvey Kuebler, brother-in-law Chuck Sternhagen; grandsons Timothy Kuebler and Dana Dighans along with brother in arms, Gene Saner.

There will be a private inurnment service with full military honors at Fort Harrison, Helena, Montana on Monday, February 15, 2021. Please visit http://www.aswfuneralhome.com to offer a condolence to the family or to share a memory of Dick.