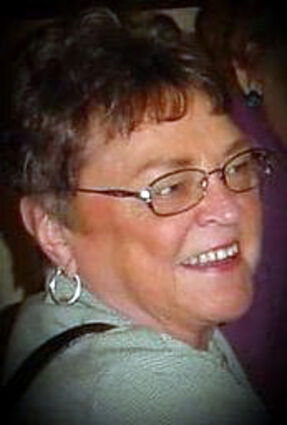 Fay was born August 6, 1942 in Rockford, Ill., to Gladys and James Hetherton. She graduated from Cascade High school in 1960. Later that year she married Buck Dear. Even though Fay and Buck later divorced, they remained the love of each other's life. Together they had three children: Todd, Coreen and Scott.

Fay worked as a clerk/business manager in the Opheim and Dawson County school system for 33 years, retiring from Dawson County School District in 2009. She was an active and founding member of the Montana Association of School Business Officials (MASBO) where she made many lifelong friends. She served as President in 1989, as regional director for several years until she accepted a position on the state board. Fay was MASBO's Outstanding Business Official in 1984, and had an article published in the National Association of School Business Officials. She worked with at least six superintendents in her 33 years. She also was a member of the ACT committee of the Chamber of Commerce.

Fay's greatest joy was her family; she had a special bond with each of her children, daughter-in-law, grandchildren, nieces, nephews, sisters, and brothers-in-law. She loved to travel and especially treasured her trips with her C-stores! Fay was a crossword puzzle genius. Her knowledge of words and their meaning was evident when she wrote poems for the people that she loved.

Fay was preceded in death by her parents, Gladys and Jim Hetherton; Buck Nathaniel Dear; and her best friend and sister, Carol Meves.

Survivors include her sons, Todd Dear of Vaughn, Scott (Christina) Dear of Bozeman, and daughter, Coreen Dear of Opheim; sisters, Judy (Virgil) Nelson of Opheim and Colleen (Lowell) Hallock of Sheridan, Mont .; grandchildren, Tiffany, Nathan and Curtis Dear, Bryson (Rebecca) Dear, Morgan Schumacher, and Whitley and Willow Dear; and ten great-grandchildren; in addition to many loving nieces, and nephews, and so many friends - too many to mention.

Fay was very loved and will be dearly missed by all her family and friends. Her six-year-old granddaughter, Whitley, asks to share this message with you regarding her thoughts and feelings about her grandmother: "My Grandma Fay is a star in the night sky, with our Grandpa Buck. Grandma was a heart to her grandkids and did not want to leave us. I love and miss her all the time."

As per Fay's wishes, cremation has taken place and there will be memorial services in Glendive and Opheim with interment of ashes at the Opheim Cemetery. The date will be later in Spring/Summer of 2021.