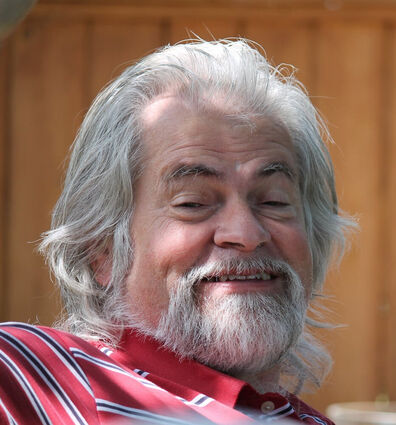 Timothy Alan Tone was born on June 15, 1948, to Alfred and Dorothy Locer Tone in Le Mars, Iowa, in the time of small family farms, rural churches, one-room schoolhouses, gravel roads, and large multi-generational family gatherings. From these roots his world view was formed around his faith in Jesus Christ which guided him through his life.

After graduating from Le Mars Community High School, Tim continued on to Iowa State University to earn a degree in forestry. His forestry work took him to Montana where he married Mary Krushensky, a Montana native and they moved to a small Montana town where Tim was hired to teach math prompting him to earn his second degree in education from Montana State University. While teaching in Glasgow, Mont., Heather Noel and Joshua Locer were born. Tim's life's work as a faithful father, devoted counselor, fellow adventurer, and dedicated Papa was well on its way.

Tim's teaching career continued in Wilsall as a single parent due to divorce. He taught math and coached basketball while encouraging his students to live their lives to the fullest and best of their abilities. Tim also always remained invested in his children. During his Wilsall teaching years, he spent time as Heather and Joshua's primary parent, raising his kids in the center of the tight-knit ranching community.

When his professional teaching days came to an end, Tim returned to Montana State University to earn his third degree in civil engineering. Upon graduation he began working for the Montana Department of Transportation in an educational role and then as a bridge designer until retirement.

Those who traveled with Tim knew they would not be taking a direct route. They would see new places and meet new people; they would hear stories, both new and old. If the route was within 100 miles of friends or family, Tim was sure to make a stop for a visit. During his travels, Tim made a special point to pay regular visits to his mother and the matriarch of the Tone family, Dorothy. Once his grandchildren were born, he took every opportunity to visit them and be a memorable part of their lives. His greatest joys were his children and grandchildren.

Tim's deeply held regard for gatherings with friends and family brought him back to Le Mars for his All-Class High School Reunion where he was reintroduced to Ann Russell Gatewood, a Montana native who had grown up in Le Mars. Tim and Ann were married 11-11-11 in Montana, and for nearly nine years, they split their days between Texas and Montana with stops in Colorado and visits to Iowa. Ann was reacquainted with her home state and long-time friends, and Tim introduced her to friends he had met along the way.

On October 17, 2020, Tim left his earthly home. He had planned to help a family member with a quick home project. On his way back from the hardware store, his heart gave out. He left in a way that was true to the way he lived, though he left too soon.

Throughout his life, Tim never stayed on the path most traveled: he was always discovering what was down that new road or where one wasn't. Luckily for all of us, he took everyone he loved along for the ride.

Those left to travel new paths without Tim include his wife, Ann; daughter and granddaughter, Heather and Eliot Hall-Tone (Austin, TX); son, daughter-in-law, and grandsons, Josh, Jamie, Nash, Knox, and Dax Tone (Anaconda, MT); stepson, James Gatewood (Billings, MT); siblings Dan Tone (Reno, NV), Paul and Mary Tone (Belgrade, MT), Van and Mary Feldner (Belgrade, MT) and Leah Tone (Reno, NV); and many nieces, nephews, and friends. Those who made a path for him to follow include, his parents, as well his siblings, Liz Stanton, Dave, Jim, and Martha Tone.