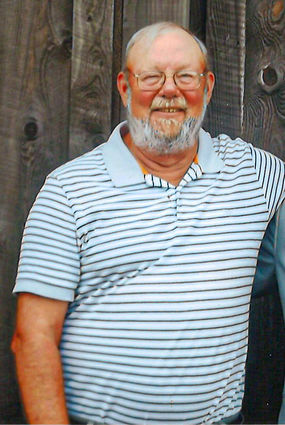 A celebration of life will be planned at a later date in the summer of 2021. The funeral was shown online Wednesday, Dec. 2, at 2 p.m. MST. The funeral was viewed via Facebook and Wilderness Funeral Homes of Malta where condolences can also be posted. Due to the ongoing pandemic, regretfully, the service will not be open to the public. Jack loved his community and friends. He wanted everyone to remain safe and healthy.

Jack was born on April 13, 1948, in Glasgow, Mont., to Delmar Victor and Patricia (Glemser) Lind. He attended St Raphael's Catholic School in Glasgow until fourth grade. Jack graduated from Chinook High School, Chinook, Mont., as a proud Chinook Sugarbeeter where he played football, basketball and track.

The summer after graduation Jack worked as a gas laborer and groundman in the Havre division for Montana Power Company (MPC). He hitchhiked to Havre every morning all summer. He left Chinook in the fall to attend the University of Montana where he majored in business. While attending U of M, he continued working for MPC in the summers. In 1970, he chose to become part of the Chinook National Guard tank unit. He took his training at Ft. Knox, Ky., and went to El Paso, Texas, for subsequent training. It was so hot in Texas that the unit would begin maneuvers at 4 a.m. Jack regaled his friends with numerous guard stories. While living in Missoula, he would drive to Chinook on guard weekends once a month. He was honorably discharged from the guards in 1976.

Jack started his career at MPC in 1971, following in the footsteps of his grandfather, Victor Axel, and father Delmar when he joined the apprentice lineman program in Missoula and Butte, Mont. His brother Jim would later join MPC as a gas foreman. During Jack's career, he formed many friendships that lasted his lifetime. While working in Missoula, he worked in different areas: hot stick, combination troubleman, underground, and transmission lines. In 1979 he transferred to Chinook and performed a variety of tasks as a patrolman or temporary foreman.

Jack met his wife Penny in Chinook and they married in 1980. Their daughters Jacque and Becca were born soon after. The family moved to Malta in 1985 when he was promoted to town manager. In Malta they raised their daughters among many great friends. Jack retired in 2010 to pursue his many hobbies and spend more time with his friends and family. Jack viewed his friends as family. He hated to miss his morning coffee group and always looked forward to the annual trip to Laughlin.

Jack was an avid bowler in Chinook. He and Penny bowled for a couple's league in Malta before the bowling alley burned down. They also played pinochle in a couple's group in Malta. Jack oftentimes had to be the first to leave a party due to storms wreaking havoc on electric lines. He both hated to be the first to go and enjoyed helping people regain power.

Jack and Penny purchased a cabin at the Pines at Fort Peck Lake in 1993. The family enjoyed their summers and falls with his extended family and friends on the lake. He enjoyed golfing, fishing, and hunting throughout the state of Montana, as well as in Alaska and Canada. He was a fishing guide to many and was well known for his skill at finding walleye. There was nothing he enjoyed more than taking people out on the boat to try to catch a "big one." You could find Jack and his friends in the lake bobbing for beers as the kids swam around them. Jack and Penny spent each winter in Lake Havasu City, Ariz., meeting old and new friends.

Jack loved his grandchildren. You could often catch him in the boat teaching them the best way to pick lures, reel in a fish, and know when one was a keeper. He took all of the grandchildren golfing and continued to do so even after they tested his patience numerous times. Jack taught his kids important lessons on the importance of family and friends and a strong work ethic. He also imparted lessons on the correct amount of potato chips that belonged as snack food on a boat (zero) and how many times a screen door should be opened and closed in the span of five minutes. While these lessons were only picked up by some, we remember them fondly.

Jack was a member of IBEW 44, Walleyes Unlimited, Knights of Columbus, and Bucket.

He was preceded in death by his father Delmar Lind; and brothers-in-law and sisters-in-law Dale and Patty (Craven) Wass and Wayde and Terrie (Craven) Green.

In lieu of flowers, memorials may be given to Walleyes Unlimited of Malta, Montana, P.O. Box 951 and Sletten Gift of Life program in Havre, Montana, 30 13th Street.