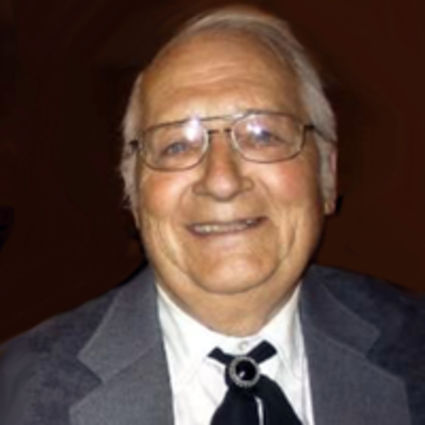 Charles "Chuck" George Storkson was born June 8, 1937, in Glasgow, Mont., to Clarence and Rachael (Beck) Storkson. He came to Gettysburg from Glasgow to visit his sister and her husband, who were stationed at the air base near Gettysburg. Chuck decided to stay and began working for Kunstle Farms.

He met his wife of 61 years, Elaine "Dugger" Gross. Theirs was the first wedding performed in the new Sacred Heart Church in Gettysburg on July 25, 1959. They were blessed with three daughters.

Chuck worked at Jack's Body Shop for Jack Hall for many years. He went on his own at Ripshaw Motors in the body department. He had the opportunity to be on a welding crew for Hoosier Engineers, putting the power line throughout South Dakota and ending at Watertown in November of 1974. He accepted a position at the Potter County Highway Department as a heavy equipment operator until his injury on Nov. 16, 1989. At this time, Chuck became interested in many hobbies including wood working and creating beautiful stained-glass creations. He was a perfectionist and had an eye for detail, which showed consistently in his work.

Chuck was a Gettysburg firefighter for 15 years during his earlier employment, but he resigned when he went on the road with Hoosiers.

He had an eye to see potential in something that others thought couldn't be anything. He could turn that something into something unimaginable. He was a very head strong man that didn't leave a person wondering what he stood for. He always left an impression wherever he went. His joy was his family. He so loved teaching his grandkids skills and helping them with projects.

He is preceded in death by his parents; sister Ethel Sheriff; brother Jim Storkson; and two sons-in-law, Bruce Drennan and Jeff Smith.

Chuck was a very practical man, and this is how he felt about flowers, "They are nice, but ya can't eat 'em." Memorials may be directed to Keep Hope Local, 127 Hilltop Dr., Gettysburg, SD 57442.

The family would like to thank the Gettysburg Ambulance Crew, the Gettysburg Law Enforcement, the Avera Gettysburg Hospital Staff, and Luce Funeral Home Staff, who have helped us during this difficult time.

Luce Funeral Home of Gettysburg has been entrusted with Chuck's arrangements.