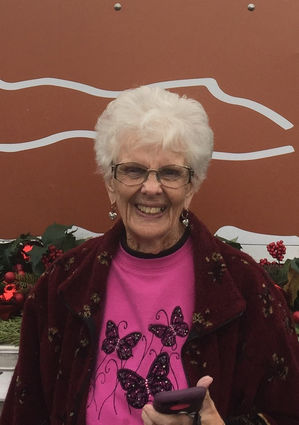 We have said our goodbyes to our Mom, Grandma, Great-Grandma and Aunt. Jeannine (Miller) Elletson, went home to be with God, her husband and family members on Wednesday, Sept. 16, 2020. She was surrounded by the love of her family as she passed of natural cases.

Graveside services will be held at a later date.

She was born in Sidney, Mont., on Jan. 19, 1931, to Senn and Dorothy (Adamson) Miller. She was the baby of the family, joining her brothers, Harold and Kenneth, and her sister, Maxine.

Mom worked many jobs in Glasgow after we were all enrolled in school. She worked at Great Plains Lumber, Cablevision and the Tastee Freeze. They ventured into RV sales, opening Elletson's Trailer Sales in 1972. She then opened Gramma's House of Beauty. Her other pastimes were bowling, cake decorating, table making with very rare specialty woods, many crafts and following the kids, grandkids and great-grandkids in their sports and performing arts programs.

Dad was seriously hurt in March of 1970, so he spent many years in and out of hospitals, clinics and rehab centers in Billings, Mont., Thermopolis, Wyo., and Minneapolis, Minn. She went where he went, never leaving his side.

They decided to become snowbirds around 1979. They traveled back and forth from Arizona to Montana for a few years then decided to buy a home in Kingman, Ariz. They lived there until 1991 when they decided to move to Billings to be closer to family. Dad passed in June of 2001. Mom stayed in Billings until February 2020. She was 89 when she moved to Glasgow to be near her family.

Mom was preceded in death by her parents, Senn and Dorothy (Adamson) Miller; her husband of 53 years, Glenn Elletson; a son, Baby Boy Elletson; a daughter, LaDonna Jean Elletson; twin granddaughters, Krysta Jeannine Bates and Kimberly Jessica (Bates) Wilson; two brothers, Kenneth and Harold Miller; and one sister, Maxine (Miller) Gannon. She is the last of all the aunts and uncles from each side of the family.