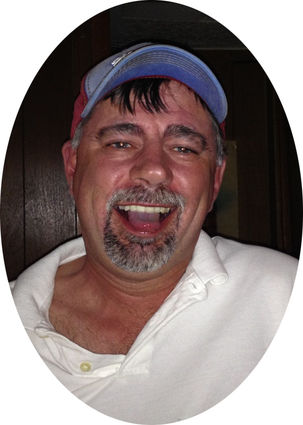 Larry was born on July 15, 1971, in Wolf Point, Mont., to Larry Kwasney Sr. and Liz (Fullerton) Kwasney. Larry was raised, attended school and graduated from Circle High School in Circle, Mont. It was during this time he spent growing up with his older sister Emmie, and younger sister and brother, Joleen and Chris. Many adventures were had with the four young Kwasney kids running around and through Circle. The stories of their childhood are still told to the younger generations to this day, usually when everyone is sitting out on the deck at the cabin.

After graduation, Larry joined the Navy in the summer of '89. During his four years of service he served in the Desert Storm. He was honorably discharged in 1993. After being discharged, he got married and to that union he had four children. Justin (Chelsey) Wood, Erica (Kurt) Brown, Dalton Kwasney and Dillon Kwasney. He also had two grandchildren, Levicy Wood and Saint Brown, and was expecting one more in December. For the last eight years he was married to the love of his life, Angela Murphree Kwasney, they resided in Fort Peck at his untimely death.

The most important thing Larry instilled into his children was the love for hunting, fishing, a good work ethic, and where hard work can take you. Some of their best memories are with a fishing pole in their hands and a rifle on their shoulders.

Larry was an amazing electrician and that took him and his family on many journeys starting in Clyde Park, and then Glendive and then to Ketchikan, Alaska, and West Yellowstone, Mont. Larry could help you wire up your entire house completely over the phone. He truly was phenomenal at his job.

One of the highlights of Larry's life was his moose hunt to Alaska, he still talked about it to this day. He took home a 64-inch Alaskan Yukon moose. He also got to spend many days out on the ocean in Ketchikan catching hundreds of halibut, salmon, shrimp, and crab.

Larry did many things and he did many things well, but one of the biggest things he did was become a dad. He loved being a dad. Which in turn made him love becoming a papa. He learned from the best through Larry Sr. and Liz, who were great parents, grandparents, and great-grandparents and still are to this day. Liz and Larry bought a cabin at Fort Peck many years ago that have held many family gatherings over the years. Larry probably spent more than half of his life at that cabin on the lake.

His big dimples, with his equally big smile, always followed by his genuine laugh will be among the many things we miss the most about him. Not to mention all of his jokes, hunting stories, fishing stories (sometimes over exaggerated ones) and any other story he decided to share that day.

Larry was preceded in death by both his maternal and paternal grandparents; aunt Darlene Hogan; Ernie Feickert, and Ken Holt.

Fair winds and following seas, we will see you on the other side.

You will be missed every single day by every person who knew you and loved you, and there were a lot of us who did.