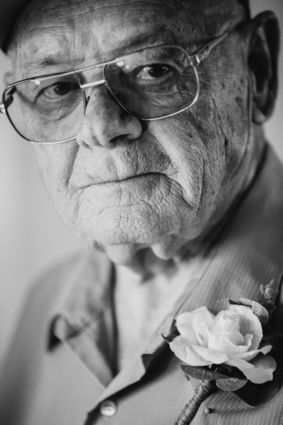 The immediate family will hold a private ceremony with a memorial service to be held at time and place to be determined.

Ed was a quiet, generous, and fiercely patriotic man who dearly loved his family, his country, and the Green Bay Packers. He died as he lived, working hard to the end with a wrench in his hand.

He was born and raised in Wolf Point, Mont., to Andy and Blanche Puckett. He had three siblings, Pearl Jensen, Rebecca Anderson, and Henry. Ed proudly graduated from Wolf Point High School. He played basketball, football and baseball and played trombone in the band. Ed remained a fan of the Wolves his entire life and closely followed the school's activities.

Ed achieved sharpshooter status in ROTC but was unable to join the military due to a medical condition he contracted as a child. Ed lost his father when he was 16. His family was poor growing up, but Ed was able to help his mother with the household. Ed helped his mother her entire life, bringing her groceries and maintaining her house, so she could remain in it until her passing.

Ed loved to help people whether through coaching, philanthropy, or lending his skilled help to friends and neighbors. He also was a member of United States Junior Chamber (Jaycees) in Wolf Point and the Montana Freemasons in Kalispell, Mont., where he served as Worshipful Master.

At 21, Ed earned his pilot's license. He attended the University of Montana, and after a few semesters he drove to Washington, D.C., to enroll in boiler operator school. After graduating, he returned to Wolf Point where he met his love of 60 years, Gloria, an elementary school teacher. Ed and Gloria moved to Great Falls, Mont., then Fairfield, Mont., to operate dry cleaning businesses. They had two kids along the way, Brent and Michelle. They moved back to Wolf Point and opened another dry cleaning business, where they had Valerie. An opportunity arose, and the family moved to Glasgow Air Force Base, Mont., as a civilian contractor. Van, their fourth, was born.

The family camped many weekends and traveled many places around the west, including the Black Hills, Disneyland, the International Exposition on the Environment in 1974, and a caravan of 18 relatives to the Pacific Coast for clam digging and salmon fishing. Ed spent many hours outdoors instructing his family on hunting, fishing and how to repair or build just about anything.

The family remained in Glasgow until another opportunity arose to move the family overseas to Iran. With the overthrow of the Shah imminent in 1978, Ed moved the family back to Montana. On the trip back, Ed and Gloria took the entire family and 18 suitcases on an epic, six-week, lifetime adventure through Europe. The family visited nearly every Western European country. For 10 of those days, the family traveled in a VW camping van through Northern Europe-with no iPhones or GPS. The family visited D.C. for a week before returning home. After a nearly two-year absence, the Pucketts returned to Montana, moving to Kalispell.

Over the next 40-plus years, Ed raised his family and had careers at a few valley businesses including the Arco Aluminum Plant before retiring after 12 years at the Veterans Home in Columbia Falls, Mont. After retirement Ed remained active by driving the National Park Service shuttle busses through Glacier National Park, attending his grandchildren's events, and working on various projects.

Ed was a man of simple tastes, who liked to observe and talk to people. He was a humble man who didn't consider himself smart, but he was a learned person who could build or fix anything. And one of his greatest gifts he gave to his children was the confidence and ability to do the same. He was a generous man who often helped people less fortunate than himself. Later in life, he and Gloria grew raspberries and flowers to give to friends.

He treasured and bragged about his four children, 14 grandchildren and three great- grandchildren. Ed and Gloria attended every one of their children's and grandchildren's high school graduations and all but one college graduation, which was one of Ed's proudest achievements.

He was a history buff especially interested and knowledgeable of WWII. Although not obligated, Ed loved to share the history of Glacier National Park with his riders through the park. He was proud of his own family history, finding an interest in genealogy and tracing Pucketts back to colonial Virginia from England and beyond.