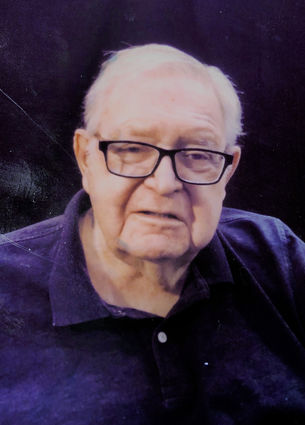 Robert "Bob" Duane Walker, 84, Ave Maria Village, Jamestown, N.D., took his last breath on earth the morning of Thursday, Jan. 2, 2020. In his own written testimony: "my life truly began at the age of 35, and years later, I find that every day with Jesus is sweeter than the day before."

His life-purpose was sharing God's Good News and loving People. He was bold, direct, and blunt. Not a typical preacher. One Sunday, he started the service with, 'Today, we are going to 'do' church. Go home, put your work clothes on, we are going to move the people who live along the Milk River as it is expected to flood today.' He had a great sense of humor and told many lame jokes. He deeply cared for people.

His free time he enjoyed fishing, camping, riding bicycle, hunting, tinkering on cars and artwork. Every day and for many years, he would sketch animals, buildings, and cartoons on index cards. One can still find them hanging in businesses and restaurants in Montana.

As a youth, he fought the bondage of alcohol, cigarettes, and anger. In 1969, he accepted the gift God offers to all, the gift of forgiveness, breaking the chains of bondage and having his name written in the Book of Life with the commitment to follow Christ with his imperfect heart.

He grew up as a boy in northern California with lumberjacks, worked on the family farm/ranch, worked at the family restaurant, and drove lumber trucks before enlisting in the United States Air Force when he was 19 years old. After 20 years of service as Military Police, Security Force member, Drill Sergeant, and a Safety Specialist, he retired in 1974.

After he accepted Christ in Kwang Ju, Korea, in 1969, he was discipled by the people at the Church in Korea. In 1971, he was ordained as a minister and his first pastoral role was at First Baptist Church in Tinnie, N.M. He was the pastor or started churches: Calvary Baptist 1974-1981 in Glasgow, First Baptist 1981 – 2007 in Plentywood, as well as providing services in Malta, Opheim, Fort Peck, Poplar, and Wolf Point, Mont.

The last year, his caretakers at Ave Maria Village in Jamestown became family to him. A special thanks to Brent, Jody, Tena, Lexi, Kristina, Lacy, Jeri, Joel, and Dave. As his life on earth was nearing the end, the family was grateful for the many people who helped him finish life knowing he was safe, respected, and loved!