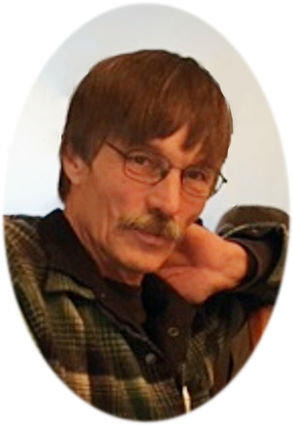 A life lived in the service to others is a life well lived. Tommy Thompson lived that life. His family, his friends and his community were those he loved serving.

Self-made businessman Thomas "Tom" Thompson passed away, Wednesday, Aug. 5, 2020, at his home surrounded by the love of his family, just as he wanted, after a battle with lung cancer.

Tom was born in Spokane, Wash., on May 14, 1957, to Kenny and Sharon Thompson. He joined siblings Debby, Brian, and Diana. The family moved to Glasgow that September of 1957. Little sister Lisa joined the family in 1967. His father Kenny worked for Jim Archambeault to support his family and ironically, nearly 50 years later, the family owns that business, T & R Trucking. Tom's work ethic was his strongest trait second only to being able to fix anything or figure out a way around those things he couldn't fix. There are few in our community who haven't said, "Call Thompson's, Tommy can do anything." He loved wrestling and was known as the "tall skinny guy with a welding hat." His favorite part of wrestling, other than coaching his own kids, was coaching the little guys who were just getting started. Tom was an expert firefighter traveling to many states with his Caterpillar to overcome the largest blazes. He took pride in the fact that he "saved the town of Landusky" using his expertise and perhaps a little belligerence by taking on government agency rules.

Tom's vision led him to a variety of entrepreneurial adventures including an excavating business, a manure hauling business in 1992 (inspired by a "deal" with Orville Fossum), providing the community with steel when Pacific Steel went out of business and culminating yet again by providing a service to Valley County through T & R Trucking. Tommy's impact on this community himself, and through the legacy of his children, has been immense. Numerous young men and women grew and developed under Tom's watchful eye and "inspiring talks."

Tom attended school in Glasgow for eight years at which point he began his life working with his brother Brian custom farming in the summer and working for Gordon Maxness at the Peavey Elevator in the winter months. This was a launching pad for his life dedicated to "getting things done." Tommy then worked as a mechanic for Pages until he began his own business, Thompson and Sons in 2000. "What do we do? Whatever it takes!" He continued to expand by building the business with his wife, sons and daughter until his death.

Tom served his community through his support of the Long Run Fire Department, Valley County Search and Rescue and the community fish fries. Tom was often seen grilling, frying or cooking, teaching and sharing experiences.

Tom and Dawn McPherson were married June 13, 1976. They created a life with their family west of Glasgow where they instilled that same work ethic in their children. Tom and Dawn have three children, Rocky (Haylee) Thompson, Brandi Thompson (Nathan), and Josh (Mandi) Thompson. Tom felt blessed with grandchildren, Keagan, Hunter, Rowen and Saylor; Harper, Hadley and Adeline; Jordan (Michael), Devon (Maggie) and Kenee Rae. He was also so proud of his great-grandchild, Kayge.

In addition to his children, grandchildren and great-grandchild, he is survived by his wife of 44 years; his mother Sharon Thompson and his father-in- law Jerry McPherson; three sisters, Debby Cornwell, Diana (Jeff) Boyle and Lisa (Robert) Legare; one brother, Brian Thompson; two sisters-in-law, Denise (Jeff) Howard and Shelly Baadsgaard; one brother-in-law, Mike (Linda) McPherson; and many nieces and nephews.

Tom's legacy will live on through those who have had the privilege of knowing him.