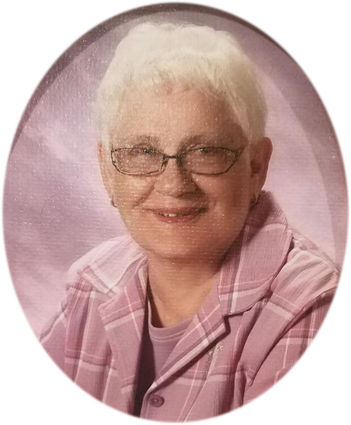 Gerry was born on April 23, 1934 in Flaxville, Mont., to Julius and Olga (Todahl) Flom. One of eleven children, Gerry grew up in McCone City while her father worked on the Fort Peck dam until the family moved to Nashua, Mont., in 1942. She participated in the school band as a majorette.

On May 29, 1952 Gerry married Kenny Dahl at the Nashua Lutheran Church. Together they farmed and ranched in Lustre, Mont., until 1989 when they moved to Glasgow. Gerry made many meals for the guys, delivering them to the fields during seeding and harvest or at their home on branding days. They always had room for guests around the table. She enjoyed having friends over for card games or jam sessions and you would often find her on the dance floor. Kenny and Gerry loved to travel. Together they visited Australia, New Zealand, Fiji, all 50 states, the Canadian provinces, and a memorable cruise through the Panama Canal. They especially enjoyed the Smithsonian, Branson, Mo., Nashville, and Dollywood. Gerry continued to travel after Kenny passed away in November of 2002. She especially enjoyed taking bus trips with many of her friends from the area. Most of all she loved to visit her children, grandchildren and great-grandchildren. She served several years with the Sons of Norway. After losing a dear friend to cancer she became very active with the American Cancer fund.

She was preceded in death by her husband Kenny Dahl; son Floyd Dahl; granddaughter Jasmine Dahl; her brothers Jalmer, Leroy, Richard, and Julius Jr. and her sisters Joyce, and Betty.

Gerry is survived by her sons Russ Dahl and Tammi of Nashua, Gordon Dahl and Joy of Plano, Texas; her daughters Lori Nichols and Bryce of Lustre, Linda Stroupe and John of Lewiston, Idaho; 11 grandchildren and 17 great-grandchildren; her brother Kermit and sisters Phyllis, Karen and Jackie.

A Memorial Service was held on Wednesday, August 5, at 2 p.m. at the First Lutheran Church in Glasgow with Rev. Todd Wright officiating. Interment followed at the Highland Cemetery in Glasgow. Bell Mortuary in Glasgow is in charge of arrangements. Condolences may be left at bellmortuarymontana.com.