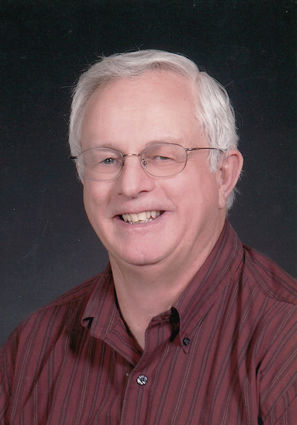 In 1969, Bob joined the accounting firm of Galusha Higgins & Galusha and worked in Glasgow, Mont. In 1982, Bob, Dennis Chandler, Robert Maxie and Jim Smrcka started their own firm, CHMS. Bob worked with his partners over the course of his career to expand the firm to five locations across northeast Montana. In 1999, he moved to Wolf Point, Mont., to manage the office there, where he retired in 2012. However, due to his love of accounting and his devotion to his clients, he continued work consulting and performing tax preparation until 2018.

Bob married Beverly Brueckner in Glasgow on Aug. 20, 1977, and together they moved to Butte in 2012. She survives. Also surviving are his sons James and Kevin. James and his wife, Chrissy, live in Butte with their children, James Jr., MaKenzie and Hanna. Kevin and his wife, Darcy, live in Mesa, Ariz., with their children, Aurora and Persephone. Also surviving are his brother, Larry Hadley, of North Ogden, Utah; two sisters and brothers-in-law, Adele and Ed Harper and GeNene and Gary Hansen, all of Idaho Falls .; brothers-in-law and sisters-in-law, Gene and Kaye Brueckner, of Grand Forks, N.D., Jan and Jerry Brorby, also of Grand Forks, Lars and Nancy Brueckner, of Niagara, N.D., and Betty and Mack Holland III, of Denver, Colo .; and numerous nieces and nephews. Also surviving is his uncle, Roy West, of Ogden, Utah.

Bob was a kind and generous man who was always there for anyone who needed him. He was an avid card player. He and Bev were members of the Copper City Bridge Club, where they played weekly. His other hobbies included spending time outdoors which included gardening, managing his lawn, and plowing his driveway during the winter. When not outside or working, he also enjoyed movies of all genres, but had a special affinity for war and western movies. In addition, Bob was a great lover of any animal. Thinking it was someone's pet, he tried to cuddle with a wild badger. Obviously, that didn't end too well.

Most importantly, Bob invested time with his family. His sons, their spouses, and his grandchildren meant the world to him. He also dedicated time to the rest of his family, his father and siblings.