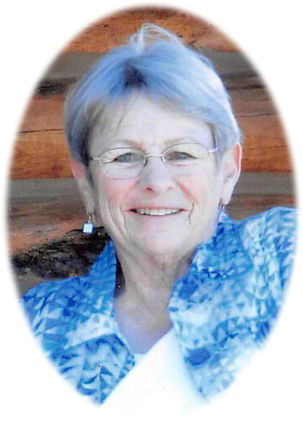 Sondra Colleen (Gallagher) Thorn, 80, of Glasgow, Mont., died on Thursday, May 21, 2020, in Glasgow after a long battle with ovarian cancer.

Sondra was born on April 17, 1940, to George and Birdie (Augre) Gallagher. She graduated from St. Raphael's school in 1954 and Glasgow High School in 1958. Sondra also attended Dental Technician School in San Francisco, Calif. She later married Walter Thorn, of Glasgow, on Aug. 15, 1959, and they spent the next 54 years together until Walt's death in 2013. They had four children and moved multiple times in the early years and enjoyed the new adventures and people they met in their travels. The couple eventually settled in Glasgow and raised their family and were extremely involved in the community. Sondra was an active member of St. Raphael's Parish and become more and more involved with the church after the children were raised and Walter passed. She was a founding member of the Valley County Garden Society, which has been responsible for many community projects in the area. She also started the International Dinner club and enjoyed making new friends and cooking fantastic meals over a seven year period. Sondra also started a book club in Glasgow and until her death, enjoyed reading books and getting together with that group.

Walt and Sondra owned Thorn Refrigeration in Glasgow until their retirement in 1998. During retirement, she and Walt enjoyed spending winter in Bouse, Ariz., traveling all around the United States, working at the Pioneer Museum and the church. Her greatest joy was spending time with her children, her sister Kari and brother Mitch.

She was proceeded in death by her parents; husband Walter Thorn; two brothers, Larry Gallagher and Mike Gallagher; and one sister, Chris Ellen Verville.

Condolences maybe left for the family at bellmortuarymontana.com.