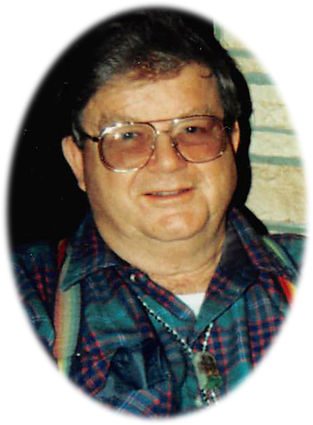 On the afternoon of Saturday, May 2, 2020, at 2:30 p.m., Thomas "Buddy" Edward Mills III passed away peacefully in his sleep at Frances Mahon Deaconess Hospital in Glasgow, Mont. He was 83 years old.

On Oct. 6, 1936, Buddy was born to Tom and Silver (Maguire) Mills in Helena, Mont. The Mills family owned the Montana State Nursery, and he grew up learning and doing much of its operations. He graduated from Helena High School.

He attended MSU Missoula, was drafted in the US Army and served in Ft. Bragg as a chaplain's assistant and was honorably discharged at SP4. He graduated from MSU Bozeman with a BS in industrial arts.

While attending MSU Missoula he was introduced to Arlene Walby and they became Royaleers square dance partners. Later he married Arlene in Glasgow and they were blessed with two children, Rusty and Kari.

Vocationally, Tom was an educator at the high school and college level for several decades. In his endeavors to keep his credentials up to date Tom attended the first World Symposium in Frankfurt Germany for electric cars. One of the highlights of his life was having his students build the first (high school) electric car in the nation. Encouraged by his parents to be an educator (which they considered a highly honorable profession) Tom was amazingly versatile.

Occupations: A tool engineer for Boeing in Seattle, Wash., a professor at Montana State Auto College in Great Falls, Mont., a teacher of Industrial Arts at Glasgow High School and night classes at Glasgow Air Force Base, a police officer in Wolf Point, Mont., and a high school Career Education Counselor along the Hi-Line. Much of his life he taught industrial arts in high school, updating summer credentials at DeVry Institute. He later went back to Boeing as a tool engineer, retired, enjoyed a couple summers as a fire fighter runner with his son, and as always enjoyed various handy-man jobs and helping people.

He belonged to Theta Chi fraternity, VICA, Ski Club advisor, Toastmasters, Gideon's and was a board member for World Ambassadors for Christ.

He is preceded in death by his parents, Tom and Silver Mills; sister Sally and Colonel Good.

Special thanks to the VA for scheduling appointments and other needs, as well as Billings Clinic Hospital for all their care the past six months. Also Dr. Ross, Mrs. Ashley Markle, and other nurses and staff that assisted for the caring of Tom during his end of life stay at the hospital.

Funeral services were be 2 p.m., Wednesday, May 6, at the Glasgow Evangelical Church with Pastor Justin Douziech officiating. He was interned at Glasgow Cemetery with military honors.

Bell Mortuary is assisting the family with arrangements. Condolences may be left at bellmortuarymontana.com.