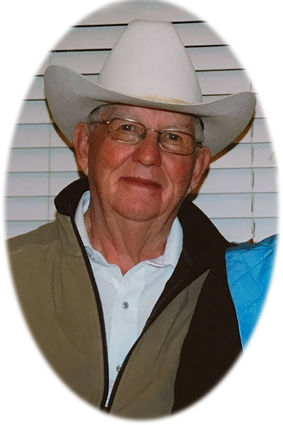 Floyd "Sonny" Nelson, Jr., a lifelong rancher from the Tampico/Glasgow, Mont., area, died of natural causes at his home the evening of Saturday, April 25, 2020, surrounded by his family. He was 85 years old.

Bell Mortuary of Glasgow is in charge of arrangements; with memorials, funeral services and burial dates to be determined.

Sonny was born on the Stensland homestead west of Glasgow on Jan. 27, 1935, as the first of three children to Bertha (Stensland) and Floyd Nelson. He attended grade school in Tampico and graduated from the Glasgow High School in 1953.

While growing up on the family ranch, Sonny was always interested in breeding cattle and was very active in FFA and 4-H. He won a trip to Chicago with his 4-H Beef Project and traded two fat steers to Roy Jerome for a brand new Buick when he was a senior in high school (try to do that today!)

Due to his interest in exotic cattle breeds, he started artificially inseminating in 1962; producing heifers that were sold at the National Chianina Sale in Louisville, Ky., as well as the National Western Simmental Sale in Denver, Colo. Through this selective breeding program he upgraded his herd to basically Purebred Simmental cattle. In 1973, Sonny consigned a 3/4 Simmental heifer to the Big Sky New Breeds Association Sale that sold for $12,500. At that time, not only was this the highest price paid for a single animal at the sale, it was the highest price ever paid for one animal in the 22-year history of the Glasgow Livestock Yard.

Sonny started selling yearling bulls to the ranchers along the Hi-Line in 1971. Since then he has sold bulls throughout the U.S. and Canada and has a long history of Spring Production Sales. This Thursday, April 30, alongside a great set of bulls, there will be a lot of heavy hearts but many heartfelt, good memories shared at the Glasgow Stockyards during this year's Spring Production Sale. Sonny and his brother Don, have continued to run the family ranch since 1981.

In 1956 Sonny married the love of his life, Deanna O'Neil. They spent 64 eventful and joyous years together and were blessed with four beautiful, thoughtful and accomplished daughters; who lovingly cared for their father and honored his last wish to be at home.

Sonny was a member of the First Lutheran Church in Glasgow, where he was baptized and confirmed. He was a member of the Montana and American Simmental Associations and enjoyed traveling the country to attend cattle sales. Sonny grew up in a close knit family and thoroughly enjoyed the many holiday and birthday parties (and the poker games!) celebrated with his Molvig, Kirkland, Flesjer and Nelson cousins. He enjoyed working livestock, farming, family and visiting with relatives and his many friends over a cup of coffee. Sonny's bright smile, beautiful blue eyes and gentle spirit will be remembered and missed by all.

Sonny was preceded in death by his parents, Bertha and Floyd Nelson; one sister, Beverly (Rollin) Pederson, and one son-in-law, Bob Irwin.

The family would like to thank Dr. Jeff Johnson and his staff at Internal Medicine Associates in Billings for the many years of dedicated medical care, as well as Dr. Fahlgren FMDH and RN Anthony Norcutt.