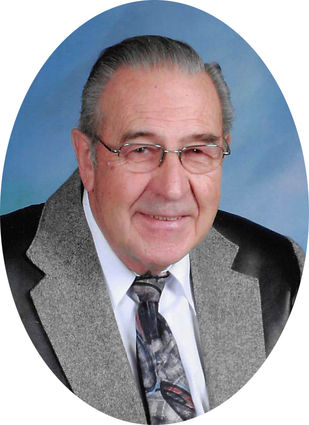 Due to the COVID-19 virus, a memorial service will be held at a later date.

Born in Springville, Utah, to Jessie and Harvey Bryan Sr., on April 19, 1929, the family relocated to Wolf Point, Mont., in 1936 and he always considered Wolf Point his home. He was a graduate of Wolf Point High School and received a business degree from the University of Jamestown, N.D. While attending the University, he met the love of his life, Mary Joan Whitten. They were married on March 5, 1951, and had four children.

He was involved in many activities, including years of refereeing high school football and basketball. He was active in his church, served one term as major, was a lifetime Elk, served pancakes with the Lion's, worked with the Stampede Committee(s) and supported numerous local organizations.

For years he was a spokesman for and very active with the Shriner's Hospitals for Children. He was a member of the Al Bedoo Clown Brigade and served as Potentate of the Al Bedoo Temple in 1980.

One of his greatest passions in life was Bryan's Family Clothing and Shoes. Originally established by Harvey Sr., Harvey Jr. and Keith were partners for years with Keith eventually purchasing the business. He worked at Bryan's daily well into his 70s. He retained ownership until his death with his daughter, Jan, at the helm.

He was preceded in death by his parents; one brother, Harvey Jr.; and one son-in-law, Jerry Fossen.

Survivors include his wife of 69 years, Jo of Wolf Point; their four children, Mike (Shelley), of Glasgow, Mont., George, of Denver, Colo., Jan of Wolf Point, and Laura Fossen, of Whitewood, S.D.; along with six grandchildren and seven great-grandchildren.

The family asks that in lieu of flowers, please make donations to the Wolf Point Museum or any Shriner's Hospital.