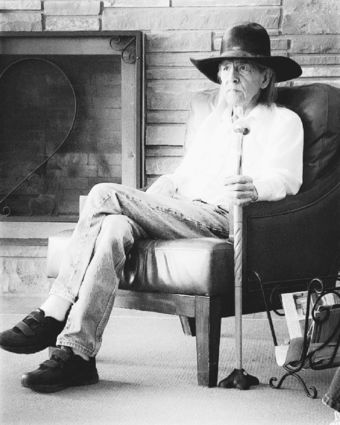 William "Punk" DuBeau Sr. passed away peacefully at his home surrounded by family on Sunday, Feb. 9, 2020, at the age of 79.

The family has tentatively scheduled a memorial service for Punk and his wife, Carol, on June 20, 2020, in Glasgow, Mont. Time and place to be announced.

Punk was born on March 12, 1940, in Glasgow, to Ed and Hazel DuBeau. He attended school and grew up in the Fort Peck area. He eventually met Carol and they married in November of 1965. He stayed in the Valley County area for 45 years before he and Carol left and started traveling around the U.S. for his work. They eventually settled in Wyoming in 2010.

Punk worked farming and ranching in Montana for 45 years and then went on to work industrial construction for 25 years before retiring due to health issues. He loved visiting with friends and family, especially his grandchildren and sharing stories from the wealth of knowledge he possessed. Although Punk dabbled in leatherwork, braiding, and woodworking his passions were farming and ranching.

He was preceded in death by his wife, Carol DuBeau; parents Ed and Hazel DuBeau; two brothers, Ed and Larry DuBeau; and one sister, Carroll DuBeau.

Punk is survived by his three sons, Butch and wife Carrie, William "Bill" Jr. and wife Janell, Matthew "Matt" and wife Dawn; two daughters, LaNet and husband Everett and Darrylynn and husband Jim; one sister, Sharon, and her husband, Dick; as well as 15 grandchildren and 25 great-grandchildren.