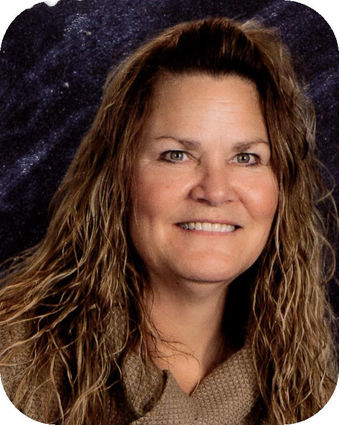 Judith "Judy" Caroline (Green) Graham, 55, passed away on the morning of Saturday, Nov. 23, 2019, of complications from a heart attack.

Judy was born on Sept. 30, 1964, at March AFB in Riverside, Calif. to Carl Green and Wanda Bergstrom.

In 1966, the family moved to Omaha, Neb., to Offutt AFB. When Judy was five, the family moved to Opheim, Mont. Her parents later divorced and her mom married Graydon "Bub" Edwards in 1971. The family now included Judy and her brother, Brad, and Bub's children, Ronald, Alan, Randy and LeRae. Judy was especially close and spent much of her time at her beloved grandparents, Norton and Hazel Bergstrom's, farm.

Judy was a standout basketball player for her Opheim Vikings. After graduating in 1982, she accepted a scholarship to continue her basketball career, playing for Northern Montana College (MSU Northern) in Havre, Mont.

While at college she met her "hunka, hunka" Jay Graham and following her graduation from Northern they were wed June 28, 1986, at the Methodist Church in Opheim. They lived in Havre for five more years where Judy worked as an aide while Jay taught. It was during this time that their two boys were born, Jacob and Justin. In 1990, the family moved to Libby, Mont., where Jay taught until his retirement and Judy continued her love and passion of teaching until her passing.

Judy was known as the "Kool-Aid Mom," between her love of her boys and her Libby Loggers, she was usually found working for the Booster Club or on the sidelines with some ridiculous noisemaker she had made. After winning the Bullette of the Woods during Logger Days seven years in row; each time donating her winnings to the Logger Wrestling Club, a lot of singlets were bought because of Mama Graham! Judy was the ultimate coach's wife, cooking team dinners and supporting her husband and boys in every possible way. She loved helping all the athletes; from raising money for a new weight room to feeding them in the stands, she truly loved her Loggers!

Her love and passion for the boys' sports poured into her teaching once they graduated. Beginning a new educational endeavor in 2015 for the pre-kindergarten endorsement, she made the move to the Plummer School for pre-K. Her passion for shaping the little minds of her students was a beautiful thing to witness. Always going the extra mile to ensure they were taken care of, whether that was buying a coat or pair of boots, or simply just giving them some extra love. Her radiant smile and power of positivity could brighten anyone's day.

Spending time with her new grand-baby or floating on the river, she loved and lived life to fullest. Mrs. Judy was the ultimate teacher, mentor, friend, daughter, aunt, grandma, mother, and wife; she will be forever missed.

Services were at 11 a.m., Saturday, Dec. 7, at the Libby Christian Church, in Libby.

Judy loved all of her kids, whether they were hers or just students. She believed in everyone having a chance and to continue her passion. You can donate to the Ronald McDonald House (https://rmhcinlandnw.org/donate/) or simply buy a book or school supplies and send them here- Central Office - 724 Louisiana Ave - Libby, Montana 59923.

Arrangements are by Schnackenberg Funeral Home in Libby. Online condolences and memories may be shared at http://www.schnackenbergfh.com.