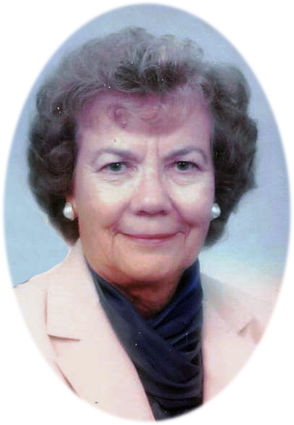 Mildred (Floerke) Irving, age 94, passed away on the morning of Tuesday, Sept. 24, surrounded by her loving family. She was a country girl who was raised on a cotton farm in Taft, Texas, with her two brothers whom she dearly loved. Mildred was a devoted wife and a loving mother and grandmother whose first priority was always family.

Mildred was born Aug. 2, 1925, in Taft to Max August and Hattie (Schilhab) Floerke. As a young girl, her father taught her how to shoot by aiming at water moccasins in the stock tank of the family farm. She played basketball in high school and learned to play tennis on a sea shell driveway on the farm. She graduated from Taft High School in 1942. Mildred continued playing in college, winning the freshmen Tennis Championship at Incarnate Word in San Antonio. She stayed physically fit throughout her long life through golf, long walks with friends across town to the post office and spending time working in the house and the yard.

Mildred was very frugal, having grown up in the Depression and World War II era, and as a young girl she helped her mother sell eggs by the roadside. She was very determined and was a practical, hard-working, "no nonsense" type of person. She was a good neighbor and looked after her friends, values learned in her farming community.

While he was stationed in Corpus Christi, Texas, Mildred met and married Ken Irving, a Navy pilot and flight instructor, in 1945. They moved from Texas to Florida, where Ken was a flight commander on a flattop carrier preparing for the invasion of Japan. After the War, they moved to Montana to raise their children where they lived until her death. Initially, Ken had moved to Valley County as a young man to work on the Fort Peck Dam. Mildred worked as a bookkeeper at the Valley County Courthouse for 23 years, first in the Assessor's Office, then the Treasurer's Office, and ultimately the Clerk and Recorder's office until her retirement in 1985. Mildred made many lifelong friends at the Courthouse. Ken retired in 1984 after 47 years working for the Great Northern Railroad. They were active members of the First United Methodist Church.

Mildred was actively involved in the family farm in Texas. She also managed Irving LLC, the building formerly known as the First National Bank Building, of Glasgow- which is now on the National Register for Historic Preservation. She always had a special bond with her family and friends in Texas and traveled there on a regular basis. She enjoyed her brothers' bar-b-Que, trips to Mexico and shopping. Mildred stayed in her beautiful home, where she had lived since 1955, and continued to host 'the bridge bunch' every Friday afternoon. She was very good at cards. She and her husband had played couples bridge for almost 50 years.

She was very creative. Among her other lifelong hobbies were sewing, gardening (she entered her prize-winning roses in the Fair), cooking, canning and ceramics. She also enjoyed hunting; once filling both her antelope and deer tags in the same afternoon within minutes apart. She was one of the first elk hunters to draw a tag on the newly introduced elk herd in South Valley County (Ken had been a part of the team that got this herd introduced).

She will be missed by many. In her words, "I will be buried in Glasgow next to my husband, but my heart will always be in Texas."

Family received friends from 6 to 8 p.m. on Tuesday, Oct. 1, at Bell Mortuary in Glasgow, Mont. Funeral services were Wednesday, Oct. 2, at 11 a.m. at the First United Methodist Church in Glasgow, with Pastor Rick Thompson officiating.

Condolences for the family may be left at bellmortuarymontana.com or emailed to [email protected]

Memorials can be made to the First United Methodist Church of Glasgow or Valley County Museum.