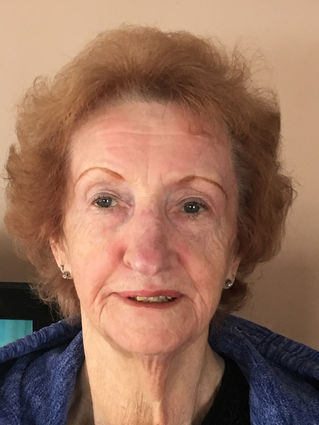 A memorial service for Lucy will be held next summer in Fort Peck.

She was born Jan. 28, 1938, in Hazelton, N.D., to Fredrick and Christina (Oswald) Jenner. She attended school in Emmons County, North Dakota. Lucy met Edward "Humpty" Dees in 1963 while working at a restaurant in McLaughlin, S.D. The two would soon marry. After traveling the country with a drill rig crew, Lucy and Humpty settled in Fort Peck in 1967. Their marriage would produce three sons, Rick, Tim and Rod. Humpty died in 1973 and Lucy would later go on to marry Darrell Linner in 1975, and inherit four new children, Dawn, Donovan, Dodee and Daron. Unfortunately, the two parted ways in 1985.

Lucy began her career as a waitress but later found employment working as a housekeeper for the Lakeridge Inn, the Fort Peck Hotel, and even Valley View Nursing Home, always taking great pride in her work. She loved to go fishing with Humpty and had a fondness for Charley Pride, Johnny Cash and, especially, Elvis. Lucy's children and grandchildren were the light of her eyes. She showered them with love and spoiled them with sweets. Like clockwork, you could always count on Lucy having a plate of freshly baked caramel rolls on-hand when anyone arrived at her home. Lucy had a huge heart and loved dogs. She provided a home to many over the years. She never missed an episode of "The Bold and the Beautiful" and loved to "play the machines," once hitting two Royal Flushes in one night. She will be deeply missed by all of her friends and family.