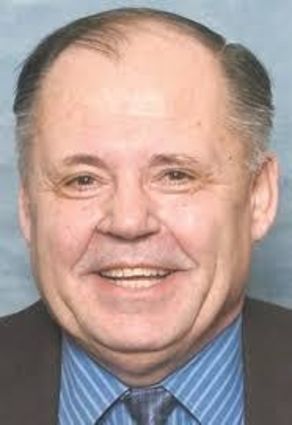 A memorial service is scheduled for Saturday, Oct. 19, at the Senior Citizen's Center in Deer Lodge, Mont., with a reception to follow from 12 to 3 p.m. All are welcome to attend and celebrate Sam's life.

Born on July 25, 1947, in Williston, N.D. to Leland and Agnes Kitzenberg, Sam graduated from Plentywood High School in 1965 and the University of Montana in Missoula, Mont., in 1969 with a BA in Education. He married Ronnie Gilman in February 1969 and they moved to Columbia Falls, Mont., where Sam began a career in education. Sam and Ronnie later moved to Williston, where Sam joined the family shoe business (H & H Shoes/Sam's Shoes) from 1977 to 1990. Sam went back to school and updated his teaching certificate which led him to a teaching position at Glasgow High School until 2005. During his time in Glasgow, Sam fulfilled a lifetime dream of serving in the Montana legislature in both House of Representatives and Senate for a period of 14 years.

Showing early signs of political ambition, he was elected Boy's State Governor in 1964, and, from then on, it was full steam ahead! He was extremely proud of his many accomplishments while serving the people of Montana. His accomplishments include: establishing the Fort Peck Fish Hatchery, the Great Plains Dinosaur Museum in Malta, Mont., and the Fort Peck Interpretive Center in Fort Peck, Mont. He also was instrumental in establishing the All-Day Kindergarten in Montana. He was the presenter/champion of the School Bullying Bill and was a leader of the 4 for 2 Highway Campaign. Sam was tenacious on all projects he undertook and rarely took no for an answer, "anything was possible."

Riding around in his green Volkswagon Bug, proclaiming his faith on his license plate, "PRSEHIM", Sam's faith was an integral part of his life. He was a Deacon, Sunday School teacher and occasional Lay preacher.

Anyone who knew Sam the least little bit, knew he chugged those 12 packs of Diet Pepsi like a thirsty man in the desert. Add a few turkey dinners in the mix, and he was a happy man.

Sam is preceded in death by his parents, Leland and Agnes (Thorstenson) Kitzenberg.

In lieu of flowers, please share Sam's memories at sunsethillsfuneralhomes.com.

The family would like to thank the Evergreen Nursing Home in Hot Springs, the Genesis Home and the Renaissance Assisted Living Home in Deer Lodge for their continued quality of care they gave Sam.