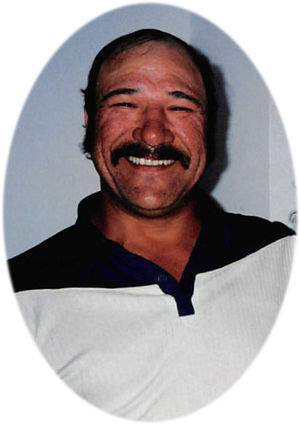 Philip Woodrow Turner, age 66, passed away of natural causes at his home in Nashua, Mont., on Thursday morning, Aug. 22, 2019. He was a dearly loved son, brother, and uncle.

Memorial services will be Thursday, August 29, at Bell Mortuary, in Glasgow, Mont., at 11 a.m. with Pastor Jeannie Bergstrom officiating. Burial will be in the Nashua Cemetery.

A luncheon will be held following the services at the Cottonwood Inn. Please bring your funny stories of Philip to share.

Inurnment will take place at a later date.

Philip was born on Dec. 5, 1952, at Frances Mahon Deaconess Hospital, in Glasgow to Kenneth D. Turner and Marjorie (Pehrson) Turner. He was the fifth of eight children. Philip received all 12 years of his education at the Nashua School and graduated in 1972. He was baptized and confirmed at Our Redeemer Lutheran Church in Nashua. In approximately 1987, Philip accepted Jesus as his Lord and Savior at Assembly of God Church in Billings, Mont. He was so happy about the occasion.

He was a heavy equipment operator. His formal training of heavy equipment was obtained as a young man at Turner Construction Company. Philip worked in heavy equipment all his life and was especially proud of his first-place trophy's win at Heavy Equipment Rodeos at Glenrock Coal Company where he worked for approximately 10 years. Philip also appeared in the movie "Son of the Morning Star" when it was filmed in Billings. It was something he really enjoyed and was very proud of.

He loved all kinds of animals and would bring many of them home – even wild ones – much to his parents' dismay. He was an avid hunter and fisherman and loved the outdoors and camping. He also had a keen sense of humor and was good at making us all laugh.

The name 'Philip' means "Lover of Horses" and his middle name 'Woodrow' means 'house by the woods.' Both names fit Philip perfectly. He was especially proud to be named after his Uncle Woodrow Pehrson- who was killed in WWII.

Philip led a difficult life and fought the demons of mental illness. He self-medicated with drugs and alcohol, leading to abuse. He had a heart of gold and would help anyone who needed help. He did many good things for others and no matter what he was facing at the time, he always managed a smile and a laugh. One of the times Philip was really happy was while working for Beartooth Ranch as an outfitter, up off the Stillwater River.

Philip was preceded in death by his father, Kenneth Turner; and one brother, Darryl Turner.

Philip is also survived by his loving mother, Marjorie Turner; three brothers, Vern, Steven, and David (Janet) Turner; three sisters, Linda (Melvin) Novak, Wanda (Ron) Schodt and Patricia (Jerry) DeVille; one sister-in-law Maureen Turner; two grandchildren, Hadynn and Gavin Adkins; along with many nieces, nephews, aunts, and uncles. Bob Sprinkle was Philip's lifelong friend from childhood and was like a brother to him.

Philip will be loved and missed dearly by all who knew him.

Memorials are suggested to the family towards defraying burial expenses.