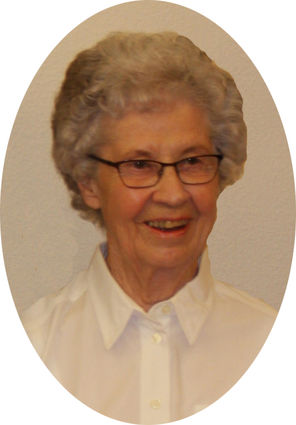 Audrey was born in Missoula, Mont., to Robert and Edna (Fuller) Wingo. She attended grade school in Missoula, graduated from Hellgate High School in 1947 and went to Western Union School in California. After a short time in Dillon, Mont., she was sent to Glasgow to manage the local Western Union Office; in fact, she was the manager during President Truman's visit to Glasgow. She was raised by a single mother and she knew the value of hard work and even taught herself to drive as an adult.

It was in Glasgow she met Gerald "Jerry" Feda and they were married June 10, 1950, after a year-and-a-half courtship. Jerry and Audrey settled in Glasgow and raised four children. They had a life full of adventures: from boating on Fort Peck to trips to Rome and Africa. A small part of their time was spent in Helena while Jerry was in the legislature and Audrey was able to experience another circle of friends and activities. They set the standard when it came to marriage.

Audrey enjoyed her yard, playing with her bridge group, needlepoint, good books, crossword puzzles and sewing many of her daughters' and her clothing. She loved her family and coffee. Her wit and humor were admired by those close.

She is preceded in death by her parents; infant daughter, Katherine; one son, Daniel; one sister, Barbara; and one brother, Gene.

A Rosary was said Thursday, Aug. 15, at Bell Mortuary in Glasgow. A Mass of Christian Burial was held on Friday, Aug. 16 at St. Raphael's Catholic Church in Glasgow with Father Jose Villiparambil presiding.

Her burial was in Highland Cemetery in Glasgow on what would have been her 90th birthday.