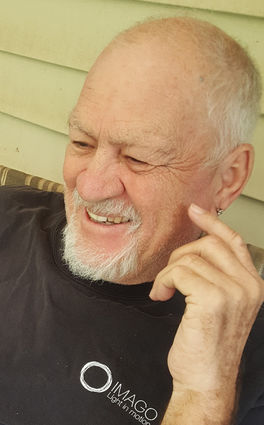 Wayne graduated from Opheim High School, in Opheim, Mont., in 1960, attended college in Billings, Mont., and Spokane, Wash., and then returned to Montana. In 1964, he joined the Navy, married Karen Biem, of Opheim, and went to Tennessee for boot camp. He was then stationed at the 11th Navel District in San Diego, Calif. After his Navy career, he was employed at CalCom in Anaheim, Calif., for nine months.

He then moved back to Glasgow, Mont., where Wayne worked in the computer center for the bank. Then, Cory Wayne was born on Dec. 10, 1969. Shortly after that, Karen was in critical condition at the hospital and in need of blood. A call went out over KLTZ, the citizens of Glasgow responded, and a life was saved. A grateful family still thanks these people and Dr. Gregory. A son, Jeffrey Edward, born January 1972, completed the family.

In 1973, Wayne moved his family to Goodland, Kan., and along with Karen's father and mother, Anard and Berna Biem, they went into the irrigation business. Goodland is located off I-70, 13 miles from the Colorado boarder. In March 12-14 1977, a huge snowstorm hit Goodland and the surrounding region and stranded travelers in the area. Wayne rose to the occasion, got out his bulldozer, rounded up about six volunteers with four-wheel drive pickups and plowed his way to the Interstate and surrounding highways to rescue those stranded people. That first night, over 100 people were saved. The next morning about 70 more were brought to town. He was a hero.

In January 1985, Wayne moved his little family to Edmond, Okla., where he worked for the Flasher Company, doing highway construction signage. He bought five acres of virgin land and turned it into our forever home with lots of space and beautiful landscaping.

A celebration of life will be held at the Donovan Ranch location on Thursday, June 13, at 2 p.m. followed by a gathering at Larry and Sue Sather's home in Glasgow.