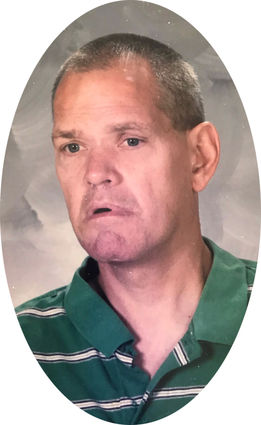 Donald "Donny" James Helgeson was born Jan. 30, 1955, at Glasgow, Mont. His parents were James O. and Imojean (Fuhrman) Helgeson. Donny passed away peacefully of natural causes at his home at Big Sandy Activity Center, in Big Sandy, Mont., on Monday, May 27, 2019, at the age of 64.

Donny spent his younger years being doted on by his family. His parents were primary care keepers and loved him dearly. His aunts stepped in and spent many hours helping his mother when he needed constant care. His cousins spent many hours entertaining him and being his companion.

At an early age he moved to his home at Boulder, Colo. After many years there he was moved to Eastmont Training Center in Glendive, Mont. His last big move in life was to Big Sandy Activities Center where he resided for over 20 years.

His 'family' at Big Sandy treated him with the most dignity and respect that a family could ever ask for. When asked what Donny likes most...their immediate answer was COFFEE! He loved taking car rides, viewing pastures and fields were his favorite and he did not like to look at water. He loved to be by himself where it was quiet and only a few people. Outdoors were the best and he looked forward to summer so he could just sit outside watching the birds. They also shared that he did not like concerts!

Donny was preceded in death by his parents; grandparents, Kon C and Emma Fuhrman and Helge and Luella Helgeson; as well as numerous relatives.

Donny is survived by one sister, Connie (Ben) Danelson; one nephew, Casey (Katrina) Danelson, and their children, Mesa, Colby and Caz; one niece, LeeAnn Danelson, and daughter, Shay, all of Scobey, Mont.; godmothers/aunts Hilda Rosencrans, of Glasgow, Mont., and Aunt Theresa Sather, of Bozeman, Mont.; uncle Joe (Della) Helgeson, of Kalispell, Mont. and aunt Adeline Mitchell of Glasgow; along with numerous cousins and their families. We would also like to add all of his Big Sandy Activities Center Family who knew him better than we did.

A graveside service for Donny was held on Saturday, June 1, at 11 a.m. at Glasgow Highland Cemetery.