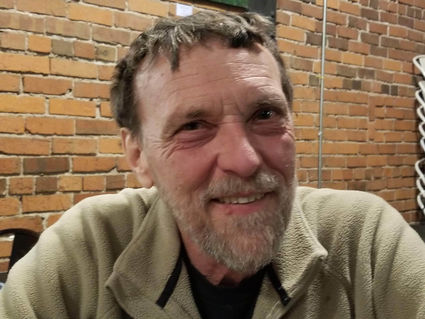 After 68 years of life, the last four of them spent courageously fighting cancer. Wesley "Wes" Novak passed away on Friday, May 3, 2019, at Benefis Healthcare in Great Falls, Mont., with his wife by his side.

Burial of Wes' ashes will be on Sunday, June 30, at 12:30 p.m. at the Nashua Cemetery in Nashua, Mont., with a luncheon to follow at the Nashua Lutheran Church.

The second oldest of five children, Wes grew up on a farm north of Nashua. He had many fond memories of growing up in the Grain Community. A member of the Great Falls Chapter of the Nashua Class of '69, he was looking forward to his upcoming class reunion this summer in Nashua. He loved going back home to visit, where his younger brother still farms on the land their grandparents homesteaded. Their father was a Czech WWII POW and their mother the daughter of Norwegian immigrants.

Wes graduated from Nashua High School and after a time working locally, he joined the Marine Corps to "dodge the draft." When he was commended for being a Marine, he would downplay his role, saying he joined only to "dodge the draft" as the Marines were out of Vietnam by then. He pulled some hard duty in sunny California and Hawaii! His brother, Leroy, nicknamed him Sarge, and it stuck with him all through life.

After his stint in the military, he went to camera repair school and he eventually settled in Great Falls. He and Roxie Lattin were married in 1978, and they were blessed with two children, Seth and Cassie. Wes was self-employed for years in the camera repair business. Roxie passed away from cancer in 1993 and Wes ended his career in camera repair. He tried many trades, but he was particularly blessed with carpentry and truck driving skills. In 1997, Wes married Janel Sykes. He started his own business, Wilderness Kitchen and Bath, doing bathtub installations and exceptional carpentry while continuing to drive semi-truck. In early 2015, Wes was diagnosed with Stage IV throat cancer, due to the HPV virus. While radiation and chemo killed the cancer in his throat, it had already spread to his lungs by the time it was found. Three plus years of various treatment blessed Wesley with more years of basically pain free life, more homebrew, elk hunting, and wonderful evenings with friends around the Novak Fire Pit. In April 2019, they were given the news that the cancer had spread to his liver and kidneys and was progressing fast. The health care providers at Sletten had become like extended family and we are forever grateful for the gifts of caring and compassion they share.

Preceding him in death were his parents, Joe and Helen (Egstad) Novak; first wife Roxanne Lattin Novak; and in-laws Frosty and Peggy Lattin and Clair and Ruth Sykes.

Wes is survived by his wife Janel, of Great Falls; two children, Seth (Stephanie) Novak and Cassie (David) McArtor, all of Washington state; four siblings, Mel (Linda), of Nashua, Mary (John) King, of Kansas, Leroy (Bonnie), of Nashua, and Tom (Dawn), of South Carolina; and many family and friends.

Services were Wednesday, May 8, at Redeemer Lutheran Church in Great Falls by Pastor Scott Hedegaard.