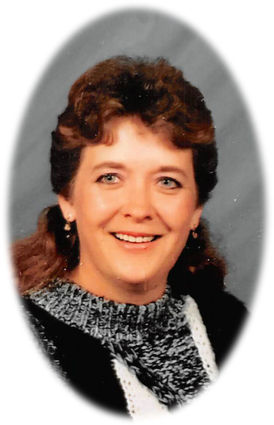 Karen Lou (Anderson) Sampson, age 68, of Glasgow, Mont., passed away on Wednesday, May 15, 2019, at Frances Mahon Deaconess Hospital, after a lengthy battle with COPD.

Visitation will be from 6 to 7 p.m. on Wednesday, May 22, at Bell Mortuary in Glasgow. A funeral service will be held Thursday, May 23, at 2 p.m., at Bell Mortuary with Pastor Bonnie Novak presiding. Cremation and burial will take place at a later date.

Karen was born in the town of Glasgow on July 6, 1950. She was the second of six children, and the first daughter of Morris Ellwood and Evelyn Elizabeth (Nayes) Anderson.

Karen graduated from high school in 1968. She worked at the Deluxe Cleaners as a young adult, a job she often spoke very fondly of (something about a mangle? What is that?!) She was also a dog groomer for 20 or so years, and could make even the mangiest mutts look loveable. Perhaps her most favorite job was tending bar at the Montana for a number of years, where she considered most patrons to be friends (and a few jerks--Not her words exactly, this is a PG obituary).

In her younger days, she enjoyed bowling, dart league, and competitive pool league. She could handily kick butt in all of them, and didn't mind telling you so. Karen was a skilled seamstress, from the fine details of clothing creation, to upholstery, she could do it all. She also was a self-taught hairdresser, and could not only nail a 1980's style perm, but also gave many grandchildren and great-nieces their first haircuts. (If you are looking for a Flowbee, we know where it is). She taught her daughters to fish, and could fix nearly anything, even before YouTube existed. She was a caretaker through and through, and along with her sister Rene, she afforded her own mother to live independently as long as was possible. Karen was an avid shopper, and we hope the local delivery drivers will continue to have work after her passing.

Karen leaves behind a hell of a lot of 'treasures' that her family doesn't know what to do with. For her friends that loved to see her come to their yard sale, please come collect your belongings, we won't even charge you for them. If anyone is looking for an obnoxious gold cat vase/container, or any other odd yet fine piece of houseware, you should wait the appropriate amount of time and get in touch with the family.

Tomorrow would be fine.

In addition to her stuff, she leaves behind two daughters that she was extremely proud of, Angie (Bob) Peterson and Brandi (John) Knierim, as well as her husband of 48 ½ years, Lorrie Sampson. She will be missed by her five grandchildren who she did daycare for and taught to curse and play video games, Randy Peterson, Ian Peterson, Will Knierim, Sam Knierim and Mary Knierim. She also left behind siblings Butch Anderson, Jo (Chuck) McAllister, Rene (Curt) Clampitt, and Victor (Carmen) Anderson, as well as numerous beloved nieces, nephews and cousins.

She will be having a reunion with many family members and friends that have gone before her, and being a bartender and a good cook, they will be happy to see her. She was preceded in death by her mother, Evelyn; her father, Morris; infant brother, John Dennis; brother-in-law, Leroy McAllister, and her father-in-law, Al Sampson.

A common line in obituaries is "She never met a stranger," in Karen's case, this was true. She was difficult to move through Disneyland as she attempted to get to know every other person visiting the park.

Despite her occasional saltiness and colorful language used when demonstrating frustration, Karen was a loving, giving, and caring person. The evidence is the sorrow felt by her family after her passing.

Karen had a peaceful death, due entirely to the care and dedication of the FMDH hospital staff. The breathlessness that can accompany chronic lung disease can be overwhelming, but they helped her to handle it with grace, and we will be forever indebted to them. As a final gift, Karen was able to donate her corneas as a lasting tribute to her giving spirit.

In lieu of flowers, the family asks that you please consider making a donation to any animal assistance foundation or other charity of your choosing.