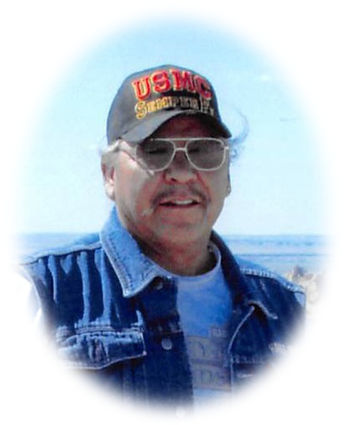 Douglas Wayne Murdock (Tí Įhpé'ic'ia) (throws himself in the lodge), 68, passed Thursday, April 25, 2019, peacefully with his family by his side in the Billings Clinic in Billings, Mont.

Dougal (as named by his Uncle Puss early in his childhood) was born in Poplar, Mont., July 13, 1950, the second child of Albert "Bert" and Rosella (McConnell) Murdock. He grew up with his siblings, Albert, Debra, Barbara, and Kurt, in Frazer, Mont., attending the school there. He worked on Jim Scott's Farm in his early years into high school alongside of his dad and brother Albert, until he decided to forgo college and get an education from Uncle Sam's Misguided Children in 1968 at the age of 17. He served in Vietnam as a member of 1st Reconnaissance Battalion, 1st Marine Division, as the smallest member of his squad. He served as a "tunnel rat," and was in the Da Nang area for most of his tour.

Dougal married Janice Wallette June 9, 1973, later that year he was honorably discharged from the Marine Corps in October. They moved back to Montana where he started his career with the Corps of Engineers in 1974. His son, Jason, was born later that year in October.

He retired in 2007, with 37 years of total federal service. He soon got bored with retirement and started working at the Silverwolf Casino and later worked for the TERO office for four years, when he retired again. Once again he got bored and started working for the Frazer School and eventually retired for health reasons from being an Assiniboine Language Teacher, a job he loved. Dougal had a great desire and love of coaching and sports in general. He coached alongside his dad as an assistant for Frazer. He coached junior high and high school boys' and girls' teams throughout the years, as well as teams for the youth tournaments. He followed all sports, except soccer, his favorites were the LA Angels, the KC Chiefs, the Washington Americans (Redskins) as he called them. He danced Fancy Dance and later switched to Grass Dance, which he danced with his nephew Aaron and his grandson Nathan. Traveling everywhere to attend many celebrations, he was active with the Red Bottom Committee from 1981 until 2016.

In 1998 he purchased his first Harley; that gave him a hobby that lasted the rest of his days. He attended Biker New Year (Sturgis Rally) every year from 1995 to 2018. He rode for cancer awareness, riding 1,700 miles across the state, stopping at all seven of the reservations in Montana in one week. The only thing that rivaled his bikes was his family and his grandchildren, Nathan (Thunder Boy), Alyssa (Holy Tree), and Alexis (Grey Flying Woman). As his Facebook friends will recognize "well Lunatics it's been a good ride that is all. Good night Chesty wherever the f#*k you are."

A Wake was held at 7 p.m. on Sunday, April 28, at the Frazer Community Hall. Funeral services were scheduled for 11 a.m. on Monday, April 29, in the Frazer School Gymnasium.

Burial is in the Oswego Catholic Cemetery.