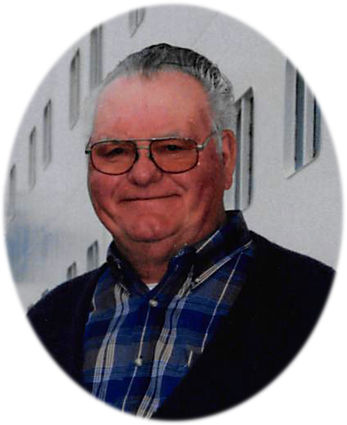 Melvin was born May 12, 1935, in Rockglen, Saskatchewan, to Elmer and Christina (Martens) Dyrland. In 1939 he moved with his parents to the old Mikkelson Farm where he resided until his death. Melvin had many dogs over his lifetime but was especially attached as a young boy to a dog named Bob.

He attended school for three years in Glentana, then went to the Hopper Country School, located just half a mile east of the Dyrland Farm. After finishing eighth-grade, Melvin attended high school in Opheim, Mont., from where he graduated in 1954. After graduating, he helped his parents on the farm until 1958 when he was drafted into the U.S. Army. Melvin went to training in Colorado and Texas, then on to Darmstadt, Germany, where he was stationed for 20 months. While there he met the love of his life, Ursula Hinkel, and married in August of 1959. Ursula arrived in the United States in January and Melvin arrived in February of 1960.

The young Dyrlands lived for some time with his parents. In July of 1960, daughter Gloria was born and then in 1962 son Norman joined the family. Melvin, being an excellent carpenter, remodeled the old farm house and it was moved to its current location. In April of 1964 another son, Melvin M. arrived.

Melvin was a member of Holy Family Catholic Church and held many offices, including being one of the first Eucharistic Ministers. Melvin served on many board of directors: Northern Electric (Noval) for a number of years, original board for getting Highway 248 paved, and Farmers Union Station in Richland, Mont. He was a member of the American Legion and a 4-H leader.

Some of Melvin's hobbies were woodworking, creating things out of iron, and picking special rocks on the farm. He enjoyed numerous travels to Germany with his wife. Melvin enjoyed and loved all his grandchildren and was awaiting the fourth great-grandchild.