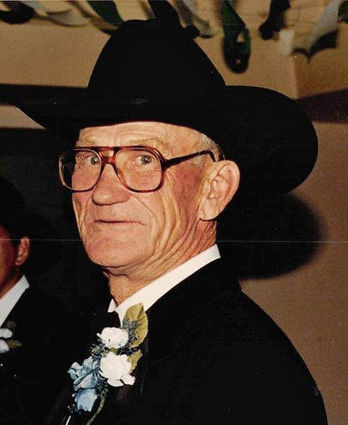 Francis Gabin Laumeyer, 87, of Nashua, Mont., beloved husband, brother, father, grandfather, friend and neighbor went to be with his Lord and Savior, his best friend, Thursday, April 18, 2019, surrounded by his wife and children.

Francis was born May 16, 1931, at his family home and farm outside of Nashua to Rose (Wagner) and Joe Laumeyer. He attended grade school at the French Country School and high school in Nashua, graduating in 1949. He then went to Northern Montana College in Havre and attained a welding certificate. It took Francis a trip to Iowa in December 1967 to find his bride and cook, Sandra Sonnenburg. They married Oct. 5, 1968, and celebrated their 50th anniversary in Nashua last year. They had four children, Virginia Rose, Linda Louise, Carl Joseph and Joseph Albert.

Francis took over the family farm in 1966. Together with his wife, they raised their four children teaching them that God is first, family is second and all the rest of life will follow. Francis passed on his unflagging work ethic, but he also shared his enjoyment of fishing on the Milk River and horseback riding, especially his horses Flicka and Baldy, to his children. He was an extraordinary card player and he and Sandy attended many card parties where they were a fearsome pair. Practice included many weekends at various neighbor's houses. Francis attended every dance possible and while his favorite partner was his wife, he never passed up an opportunity to dance with 'a pretty girl,' which to him was every girl. After retiring to Nashua, Francis thoroughly enjoyed riding around town on his scooter with his cup of coffee and stopping to visit anyone out and about and watching the children play.

He was a lifetime member of Queen of Angels, serving on the council and as a lector for several years. He became an Extraordinary Minister of the Cup and home minister and was a member of the Knights of Columbus. Francis was also a member of the Soil Conservation Board. Practicing and promoting care of the land was of the utmost importance to him and it was his love for the land that led him to plant the first tree shelter belt in Valley County in 1967 that people involved in conservation and agriculture toured. He was a member of the East HiLine Hereford Association and was widely respected for his registered Polled Herefords. He expanded to include other registered breeds, but his first love were the Polled Herefords, which afforded him many hours of humor and controversy with his beloved friend Wayne Waarvik. Francis was also a member of the Nashua Lions, NFO, and more organizations than it is possible to remember.

More than anything, Francis will be remembered for his service to his family, friends, neighbors, community, people in need and above all, to his God.