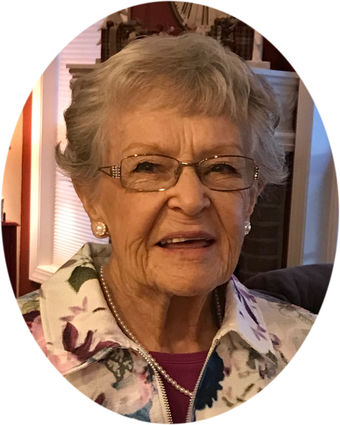 She was born on Nov. 16, 1930, in Glasgow to Adolph and Amanda (Gilbertson) Engstrom, the first of their seven children. She was raised on her family's farm 10 miles southwest of Glasgow, moving into town with her family each school year, and returning to the farm in the summers. She attended elementary through high school in Glasgow, graduating in 1948. She had many happy memories of growing up with her brothers and sisters. On the windswept and sometimes lonely prairie, Shirley recalls climbing to the top platform of their windmill, probably with her siblings in tow, to attempt a glimpse of the world beyond the farm. A child during the Great Depression and then the war, Shirley remembered rationing food and supplies, driving no more than 35 miles per hour on the highway to conserve fuel and tires, and saving everything possible, including lard and aluminum foil, to support the war efforts.

At a young age, Shirley wanted to be independent and earn her own money. She began babysitting at 12 years old, worked at Corrie's Confectionery Store as a sophomore, then assisted in the office at the dry cleaners in her senior year. After graduating from high school, she worked as a telephone operator at "Ma" Bell.

While in high school, Shirley began dating a handsome young man named Ken Fuhrman. From early on, Shirley was impressed by his kind heart and hard work, and knew he would make not only a wonderful husband, but also a loving father. The high school sweethearts were married on Dec. 4, 1949, at the First Lutheran Church in Glasgow. They settled in the Larslan, Mont., area after their marriage, first living with Ken's parents and then moving to their own farmstead in May of 1953. While Ken farmed and ranched, Shirley was happy to be raising their five children – Greg, Kevin, Brent, Darcie and Paul.

Shirley loved her children, grandchildren, and great-grandchildren unconditionally, and from the moment they arrived in the world until Shirley passed away, they were always her first and foremost priority. Her and Kenny's home was a frequent stopping place for many friends, family, and neighbors. Shirley was never too busy to welcome those who dropped by the house for a visit, no matter the time of day, always offering them food, beverages (the coffeepot was always on!) and good company.

In 2017, Shirley began a new chapter of her life, and her tenacity and strength became increasingly evident when she first was involved in a serious automobile accident in October of that year. About that same time, she had to make an immediate and unplanned move from the Montana home she had known for decades, to Idaho Falls, Idaho, to begin kidney dialysis three times a week, every week for the remainder of her life. Through this difficult journey, Shirley rose above the multiple challenges she faced, made new friends and began adjusting to her new normal. As a result of this time in Idaho, her family was blessed beyond measure to have nearly an extra year and a half with her.

Shirley was a gracious and classy lady, up until the very moment she passed away. She always put the well-being of others above herself. She was a peacemaker, kindhearted, compassionate, humble, intelligent, always thankful and appreciative of others, and a friend to all. 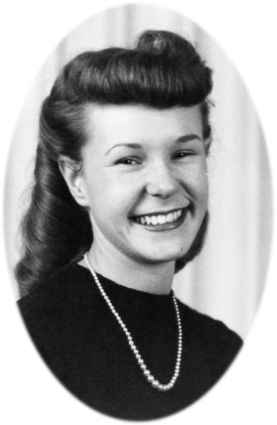 She was preceded in death by her parents, Adolph and Amanda; four brothers, Robert (Bobby), Wayne, Ingmar and John; her loving husband, Ken; and beloved grandson Robert Martinson.