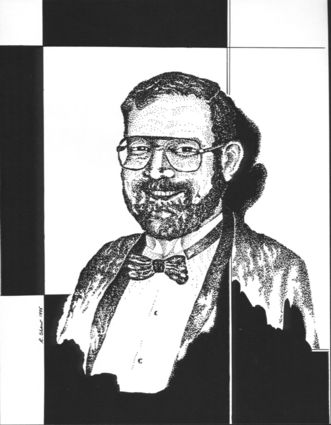 A memorial celebration of the life of Dr. Robert Dane Shaw will be held at 2 p.m., on Saturday, Jan. 19, at Glen Echo Park in Maryland.

He was a beloved and loving son, brother, husband, father, and grandfather as well as an accomplished scientist, artist, public servant and teacher. He was born in Gilmer, Texas, on April 5, 1944, to the late Major Robert Curtis Shaw (USAF) and Mrs. Virginia Shaw.

After 34 years in Anchorage, Alaska, Bob and his wife, Ruth Jean Shaw, moved to Potomac, Md., in 2013, to love and care for their grandsons, Remy (nine) and Hugo (seven). The eldest of four siblings, Bob was devoted to family near and far throughout his life. He and Ruth Jean met in high school in Glasgow, Mont., and were married in 1964, sharing 54 years of love, learning, dedication to community, and choosing adventure.

Professionally, Bob was a storied adventurer. He served more than a decade as the Alaska State archaeologist, responsible for cultural resource preservation across four time zones and the geographic span of 20 Alaska native languages. Having joined the U.S. Air Force during the Vietnam War, he left at the rank of captain in 1971 to forge a career in arctic anthropology, proving his bold claim "there's always room at the top." He also served in many other professional leadership roles, including as chief of history and archaeology in the Alaska State Division of Parks, president of the Alaska Anthropological Association, chair of the Alaska Governor's Historic Sites Advisory Committee, and as the Alaska State Historic Preservation officer. He was active as a scholar throughout his career, publishing scientific papers and receiving research grants from the National Science Foundation. Following his public service, he ran an archaeological consulting practice for clients including the Alaska Railroad and multiple Alaska native corporations.

Bob was a prolific artist and craftsman across a wide range of media and techniques, including silversmithing, carving in stone and wood, blacksmithing, knife making, and replicating ancient art forms and technologies. He was particularly proud of his work teaching traditional art forms to Alaska native youth at summer heritage camps and working with local Tlingit artists to create interactive displays for the Wrangell Petroglyph Historical Park. He routinely taught workshops and private students and previously held academic appointments in art at the University of Alaska and University of Washington. In 2015-2016, Bob was an artist-in-residence at SilverWorks Studio Gallery at Glen Echo Park in Maryland. His artwork was exhibited frequently.

He is preceded in death by his parents and one brother, Michael.

He is survived by his wife, Ruth Jean Shaw; one son, Douglas B. Shaw; one daughter-in-law, Leonor Tomero; two cherished grandsons, Remy and Hugo Shaw, all of Bethesda, Md .; and two sisters, Donna Seale, of San Angelo, Texas, and Cheryl Grimmet, of Gilmer, Texas.

In lieu of flowers, Bob's family asks that donations be made to the Glen Echo Park Partnership for Arts and Culture (https://glenechopark.org/donate-now).