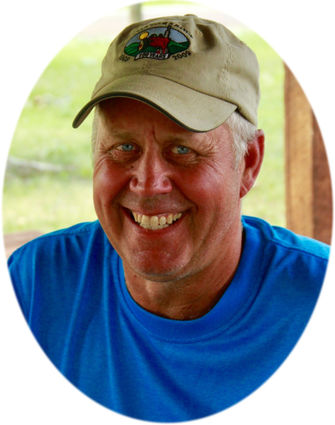 Curtis "Curt" Alan Wesen, 61, of Glasgow, Mont., passed away at his home during the early morning hours of Friday, Jan. 11, 2019, with his family and his best friend by his side after a courageous battle with cancer.

Services will be held at the Glasgow Evangelical Church Friday, Jan. 18,, at 2 p.m., with internment at the Hi-Line Cemetery with reception to follow at the Cottonwood Inn.

He was born in Glasgow on April 7, 1957, the oldest child of John A. and Dolores (Lee) Wesen. In his early years, he spent his days playing with his five younger siblings and helping his dad on the family farm and ranch where his love of tending the land and caring for livestock began.

Curt attended school in Glasgow and graduated from Glasgow High School. He participated in football and medaled in multiple events in track and field. A very significant trip in Curt's life was a trip to Washington, D.C., for 4-H, where he formed several lifelong friendships and where he met his best friend of 46 years, Gary Kolstad. While attending MSU Bozeman, he studied agronomy and excelled in socializing and skiing. He often spoke fondly of the time he spent in Bozeman and of the close friends he connected with there who referred to themselves as the Wild Bunch. Curt became a lifelong MSU Bobcat football fan and continued to attend and cheer on the Cats, often with Sam and Judy Waters.

Curt met the love of his life, Darcel Burfield, at MSU and he filled her life with love and laughter for 36 years. They were married May 29, 1982, during one of the worst snow storms to ever hit the northern Hi-Line. They lived on the family farm/ranch where he partnered with his father and brother. Soon after, they were blessed with three children Jeron, Cole and Kara. Curt loved spending time with his family and enjoyed teaching his children about farm and ranching, cooking them breakfast, and watching them participate in their various sporting activities. He was proud to be able to coach his sons, daughter, and the Glasgow High long and triple jump athletes to success at State. He had a gift for coaching and was always proud of his athletes.

A major highlight in Curt's life was becoming a grandfather. He loved to spend time with his grandkids, photographing their adventures, taking them for rides on the equipment, checking the fields and cattle and sharing his love of motorcycles and music.

He had a wide variety of interests and enjoyed landscape photography, building stereo systems/listening to music and visiting pawn shops. He often spent early mornings on his computer researching the different varieties of crops, livestock feeds and his latest interests. He served on the Valley County Fair Board and volunteered at various community events.

Curt was diagnosed with stage IV adenocarcinoma of the esophagus in December 2016. He began two years of palliative chemotherapy until early November when he made the decision to end his treatment after complications. He never lost his ambition to live every day to its fullest, enjoying many concerts, a trip to the Super Bowl and a trip to Going to the Sun, Waterton and Many Glaciers with his grandkids. He never lost his incredible, quick sense of humor or his ability to make everyone in the room laugh. Curt said from the very beginning of his diagnosis "I am going to laugh my way out of here" and he did exactly that up to the day he passed.

He was preceded in death by his beloved father John Wesen; father-in-law Ted Burfield; brother-in-law Mitch Burfield; and his paternal and maternal grandparents.

Memorials in Curt's name may be made to the Glasgow Trust Fund, Glasgow Track and Field Program or a memorial of your choosing.