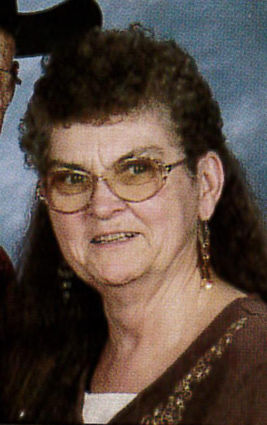 Marjory "Marge" A. (Deurmier) Moe passed away peacefully on Wednesday, Jan. 2, 2019, at the age of 75, in the Cabinet Peaks Medical Center in Libby, Mont., in accompany of loved ones.

Services will be at noon on Thursday, Jan. 10, at Christ Lutheran Church in Libby.

She was the third child of four born to Walter and Virginia Deurmier in Wagner, S.D., on Oct. 4, 1943. She was raised and attended school in Wagner.

She married Edward Moe on Jan. 15, 1962, in Wagner. They started their life together in Fort Peck, Mont., living there 17 years. They were blessed with two children, Virginia and Richard. In 1978, Marge and Ed moved to Libby, where she resided until her death. This year would have been their 57th wedding anniversary.

Marge was a wife and mother (homemaker) of which she was proud to have been able to do. She was always active in her community. When her children were younger she was active in the Boys Scouts and Girl Scouts of Fort Peck. While in Libby she was active in the Sons of Norway, where she helped make lefse for many years.

She was active with the local Chapter of the Red Cross Blood Drive, the American Legion, the local VFW and the Libby Food Commodities Program at the VFW. She enjoyed her bowling league, pinochle, hand and foot and many other games, and her TOPS family.

She was also a member of the Christ Lutheran Church in Libby. She always loved to tease and banter with her many friends. Marge and Ed loved to attend the local dances at the American Legion and VFW. She would often be found participating in many local social events. She will be greatly missed.

She was preceded in death by her parents; and two brothers, Murel and Dale.

She is survived by her husband, Ed, Libby; one daughter, Virginia (Victor) King, of Havre, Mont .; grandson Vic and two great-granddaughters, Kaylie and Ava, Havre; grandson Aron (Rudyard); one son, Richard (Helen) Moe and grandsons Travis and Trevor, all of Palmyra, Va .; one brother, Robert Deurmier, of Minneapolis, Minn .; and many nieces and nephews, including a special nephew Dale Briese, who was always there to spice up Marge and Ed's life.

Arrangements are by Schnackenberg Funeral Home in Libby. Online condolences and memories may be shared at http://www.schnackenbergfh.com.