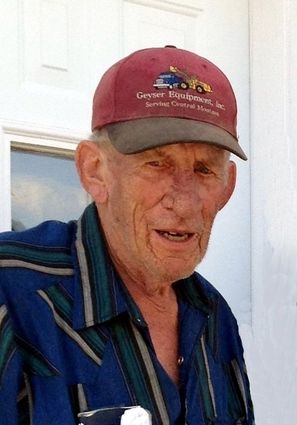 A private committal service will be held at a later date.

He was born to Alfred Olai and Gladys Esther (Carlson) Akre on Oct. 19, 1940, in Glasgow, Mont. He loved being outdoors and built his own cabin in the family pasture where he liked to camp. In the 1960s, he worked on the family farm, on the tunnels at Fort Peck Dam and began fencing.

In the early 1970s, he and his wife, Cheeri, moved to Lewistown, Mont., where Akre Fencing operated for 30 years. They contracted federal and state projects, but Jerry was happiest when working for the ranch owners across central and eastern Montana. He was known for his fence braces and the straightness of the wire. At times, he also worked as a mechanic, a skidder operator, a steel fabricator and welder. He also built a calf branding table that was later patented. After years of study, he became a private assayer in 1984.

He moved to the Geyser area in 2001 as he and Cheeri were divorcing. He had fallen in love with the area and its people during fencing jobs. It was here that he met Viola Holland, with whom he shared his retirement years. During this time, Jerry still enjoyed being outside, tinkering in the shop and pursuing his interest in Montana history.

He is preceded in death by his parents and his ex-wife.

Jerry's friends were welcome to gather Monday, Dec. 17, from 4 to 6 p.m. at the Cabin Creek Bar in Geyser, Mont.

Memorial donations in Jerry's honor can be made to the Geyser Community Hall Club, P.O. Box 3, Geyser, MT 59447.

Arrangements are under the care of Creel Funeral Home. Jerry's family and friends can share memories and condolences at http://www.creelfuneralhome.com.