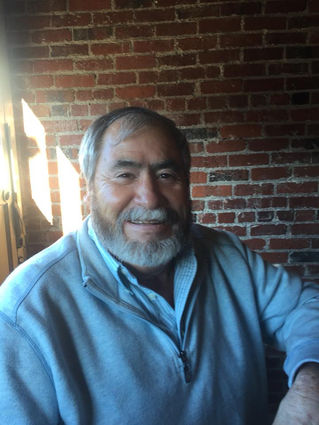 Bellingham friends are invited to join the family for a celebration of Bootie's life on Thursday, Dec. 6, from 4 to 8 p,m., at the Squalicum Boathouse in Bellingham. Please bring your favorite memories and stories to share.

Bootie was born on a snowy Dec. 25, 1948, to Sylvester and Susan (Azure) Moran in Roosevelt County. Bootie spent his childhood growing up in Wolf Point, Mont., working at the grain elevator in Wolf Point with his father "Red," unloading rail cars with his father and brothers, Randy and Stanley.

Bootie was a hard worker and he carried that with him through his railroad career. On April 1, 1969, he was hired by the Great Northern railroad; he devoted 37 years to the railroad. After his "so called" retirement, Bootie worked on various private railroad projects that included expanding the Portland and Seattle public transit systems. He also had his own railroad consulting business called "Moran Consulting" that involved repairing local business rail lines and spurs with his own crew. Bootie expected a lot out of those who worked alongside him, but he always led the way with his work ethic.

In his younger years, Bootie enjoyed participating in and working the Wild Horse Race at the Wolf Point Marvin Brookman Stadium. He met his wife, Cathy, in Billings, Mont., in 1976. Bootie knew as soon as he saw her, they would be married for life. Bootie and Cathy had three children: Tori, Janelle, and Marcus.

In 1988, Bootie and his family moved to Bellingham, Wash., for his promotion as Roadmaster with BNSF. In Bellingham, Bootie's railroad career expanded, and his work ethic inspired many. Everywhere Bootie went he made new friends and impacted many lives in a positive way. His hobbies included walking, watching his grandchildren, traveling, rooting for the Raiders and the LA Lakers, and donating plasma. He had family and friends in Bellingham, Yuma, Ariz., Butte, Mont., Great Falls, Mont., Glasgow, Mont. and of course, Wolf Point, and the many miles in between. If there was something fun happening, Bootie was there.

He is preceded in death by his father, Sylvester Moran Sr., and his mother, Susan Moran.

Bootie had many, many friends and family, and he would love us to list them all, but he was also cheap and wouldn't want us to spend the money to publish that long list!

Services were held Friday, Nov. 30, at 10 a.m. at Immaculate Conception Parish in Wolf Point, with a luncheon following in the Parish Hall.